How did Tendulkar discover the upper cut? The Master reveals 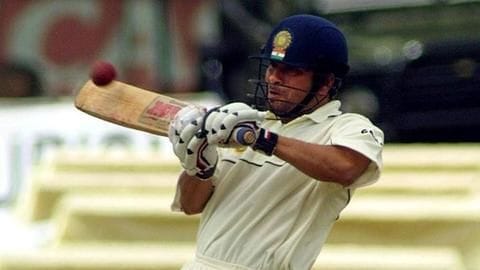 Arguably the greatest-ever batsman in world cricket, Sachin Tendulkar, recently revealed how he discovered the 'upper cut'. In a YouTube video for 100MB, the Master Blaster responded to a query regarding his famous stroke. Tendulkar said he didn't practise this shot particularly, but it was his instinct that made it pleasing for the eye. Here is more on the same.

Information
'It was all about instinct'

During a Question and Answer session, a fan named Anuraj Ande asked - "#AskSachin Did you practise upper cut shot or was it just an instinct when you were playing?" In reply, Tendulkar asserted it was all about the instinct.

Upper cut
What is upper cut in cricket?

The upper cut is an aerial shot played behind stumps, particularly above the wicket-keeper or the slips. It is usually played off a bouncer, when the batsman comes under the ball and lofts it toward the third man. In 2000s, Tendulkar added this stroke in his armory to tackle the short deliveries. He used it specifically during the 2007/08 Border-Gavaskar Trophy in Australia.

Do you know?
The shot has become prevalent in modern-day cricket

Seeing the Master Blaster play the upper cut with such audacity, the others also started emulating him. Moreover, it became more prevalent with the advent of T20 cricket. Notably, this shot helps those batsmen who are unable to hook or pull at will.

Incident
How the extra bounce prompted Tendulkar to be attacking

Tendulkar described how he first played the shot in South Africa. "It happened in 2002 in South Africa, when we were playing a Test in Bloemfontein. The SA pitches offer enough bounce," he said. "The normal tendency is to go top of the ball. And if it bounces more than usual for somebody of my height, why not get under it and be aggressive."

Quote
How he utilized the pace of bowlers

"That was something I felt at that moment. Instead of getting on top of the ball and trying to keep it all along the ground, get under it and play it towards third man boundary, utilizing the pace," he added.

Instincts
Sometimes, you let the instincts take over: Tendulkar

Tendulkar also explained how this method started disturbing the rhythm of bowlers as he didn't let them bowl dots. "That shot disturbed a number of fast bowlers because they bowl bouncers to concede a dot ball. But I converted those into boundaries. I actually didn't plan anything. Sometimes you just have to let your natural instincts take over," concluded Tendulkar.