A top-notch knock from all-rounder Ravichandran Ashwin put India on top on Day 3 of the ongoing second Test.

He has slammed his fifth century in the Test format.

As a result, India have set England a target of 482 runs.

In this article
Ashwin

Ashwin made his fifth ton memorable by hammering it on home ground.

This was his first 50+ score in Tests at home since December 2016 and first anywhere since August 2017.

Ashwin has now struck a century and picked up a five-wicket haul in the same Test second-most times (3) after Ian Botham (5).

This is also the most by an Indian cricketer.

Double of 50+ runs and five-for in the same Test 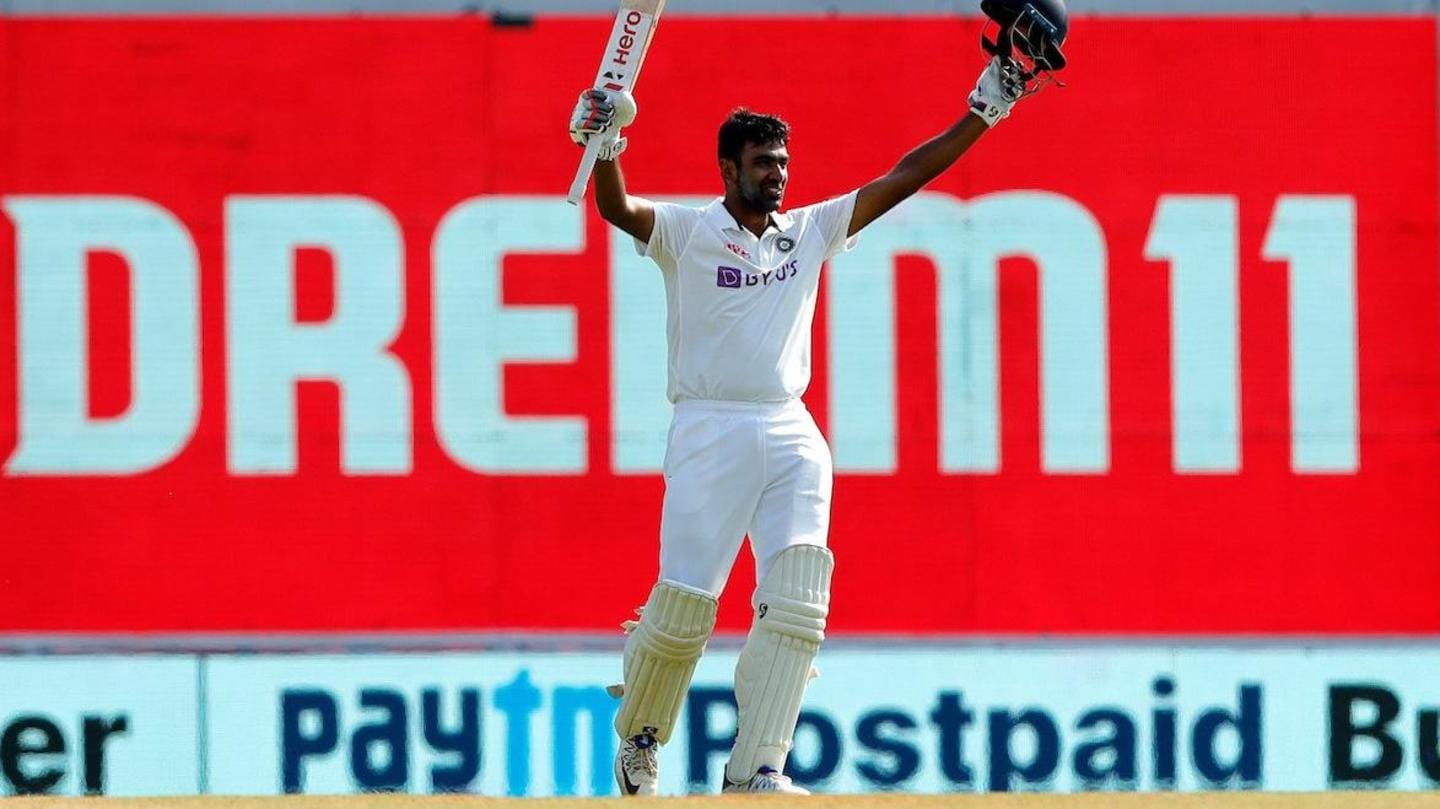 Ashwin has achieved the double of 50+ runs and five-wickets in the same Test six times, joint-third-most along with Sir Richard Hadlee. Indian skipper Kohli too bounced back after recording a rare duck in the first innings.

He took the charge against the spinners, playing a counter-attacking knock on the tricky Chepauk wicket.

Kohli struck a timely half-century, his 25th in the format.

Although he missed out on a much-awaited Test ton, his scintillating 62 drew a lot of praise.

India have been bundled out for 286 in the second innings, setting England a 482-run target.

The hosts were off to a patchy start on Day 3 as they lost five quick wickets.

India are way ahead of England in the Test, with over two days to go.