WWE: Ranking The Undertaker's prominent Hell in a Cell matches

The Undertaker is undoubtedly the greatest professional wrestler to have ever stepped foot in the ring of WWE. With a career that has spanned for over 29 years, Undertaker still continues to deliver at an age of 54. Interestingly, he has made a name for himself for having fought the most Hell in a Cell matches. And here, we rank his greatest HIAC matches. 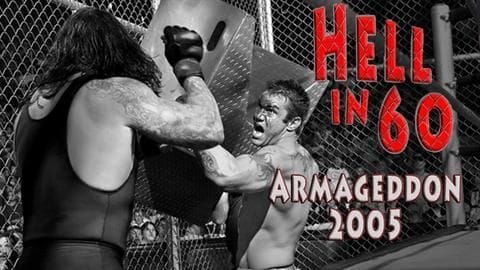 In 2005, Randy Orton had a notorious habit of going after The Undertaker. After a few wins for Orton via unfair means, with his father Cowboy Bob Orton's assist, Undertaker challenged him to one last Hell in a Cell match. At the Armageddon pay-per-view, Undertaker unleashed hell on Randy, as the latter never dared to provoke The Deadman again. 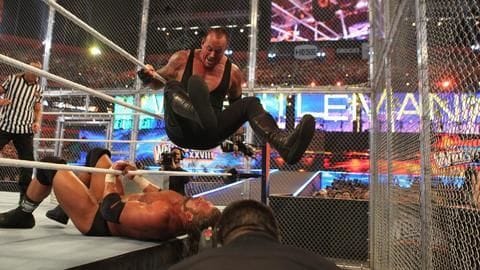 Triple H is the another wrestler who has dominated HIAC, while he also has a rich history and rivalry against The Deadman. Following Hunter's loss to Undertaker at WrestleMania 27, the former challenged him for a match in his own yard. At WrestleMania 28, both went on had-to-head, with Shawn Michaels as the special guest referee. However, Undertaker's resilience was too strong for Hunter. Vince McMahon made a bold move to put his son Shane in a match against The Deadman inside HIAC at WrestleMania 32. Moreover, Shane went into the match fearlessly as he was hell-bent on having control of Raw. However, Undertaker was always the favorite in the match as he literally broke Shane apart. Nonetheless, it was Shane who headlined this match for obvious reasons.

SummerSlam 2008
Sending Edge into the gravest pits of hell 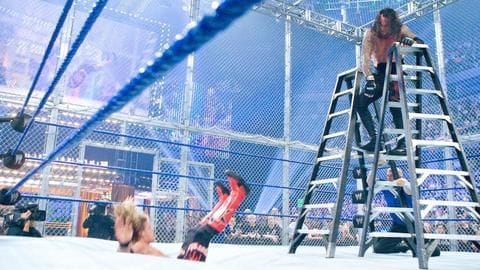 After Edge betrayed his on-screen lover Vickie Guerrero, he was put in a HIAC match against The Undertaker at SummerSlam 2008. Following a brutal match, Undertaker choke-slammed Edge off a ladder into the ring as he went right through it. Moments later, the hole in the ring caught fire, making it one of Undertaker's greatest HIAC and scariest moments to date. 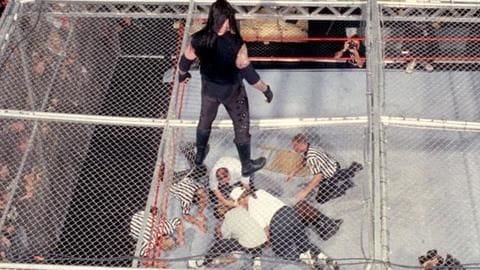 In the third HIAC match of his career, Undertaker faced off against the legendary Mankind (Mick Foley). While it was a great match overall, it did give the entire world a scare when Undertaker threw Mankind off the roof of the cage, crashing down on the announce table. With broken tooth and all, Mankind continued to fight as Undertaker won. Truly, the greatest.