"I am done being a candidate," says Hillary Clinton 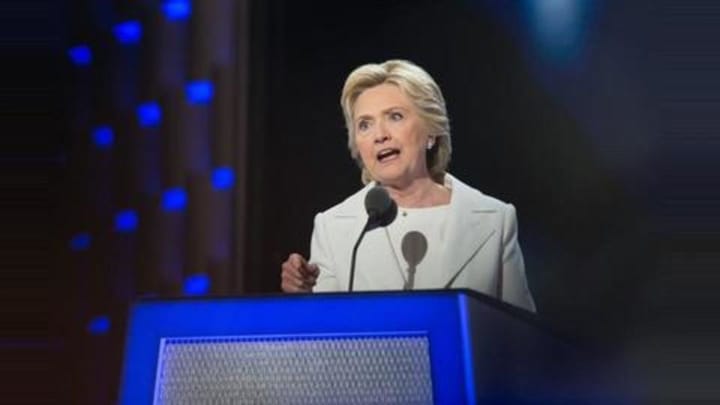 Two-time presidential candidate Hillary Clinton opened up about her defeat to Donald Trump in the 2016 elections in a recent CBS interview. "I am done being a candidate," she said while also stating she is not done with politics. The interview was held ahead of the release of her new book "What Happened?" detailing her defeat in 2016 elections. Let's see what she said.

Clinton's loss in the 2016 presidential elections

Clinton faced an unexpected defeat against Donald Trump in the 2016 presidential elections. This was preceded by an FBI investigation into her alleged use of her personal email for official business. A leak of the Democratic Party's emails further undermined her credibility. US investigative agencies believe Russia was behind the leaks to "harm Clinton's electability" to help Trump win.

What is Hillary Clinton's new book all about?

In her new book "What Happened?" Clinton details the 2016 Presidential campaign, her defeat and how she coped with it. The book is due to be released on September 12. Clinton is set to embark upon a 15-city lecture tour to promote the book.

Hillary Clinton: The defeat was painful

Clinton said that she's "doing good" after her recent defeat. "But that doesn't mean I am complacent or resolved about what happened. It still is very painful. It hurts a lot," she added. Opening up about her feelings about the defeat and difficulty in coping with stress, she said, "I really struggled, I couldn't feel; I couldn't think. I was just gobsmacked, wiped out."

How did Clinton cope with stress?

"I went, into a frenzy of closet cleaning, and long walks in the woods....... and, as I write-yoga, alternate nostril breathing, which I highly recommend, And-you know, my share of chardonnay," she said as she spoke about how she coped with stress after her defeat.

On what caused her defeat

Hillary Clinton describes her loss " a perfect storm of grievances from white voters, misogyny, and problems with her campaign including the email leaks." She called her use of personal e-mail " the most important mistake" in the campaign. She also blames including former-FBI director James Comey and Democrat leader Bernie Sanders for her loss.

On the Trump Presidency

Taking a dig at Trump's presidency, Clinton said, "He ends up in the Oval Office. He says, 'Boy, it's so much harder than I thought it would be. This is really tough. Well, yeah, because it's not a show. It's real. It's reality, for sure."