In January, US-based The Washington Post reported about a teenager harassing an elderly at Lincoln Memorial in Washington DC. Now, the family of the teenager, Nicholas Sandmann, has filed a lawsuit against The Post seeking $250 million (Rs. 1,779cr) for damages. Sandmann's parents, Ted and Julie, in their lawsuit, said The Post published seven stories with a "false and defamatory gist" about the encounter. 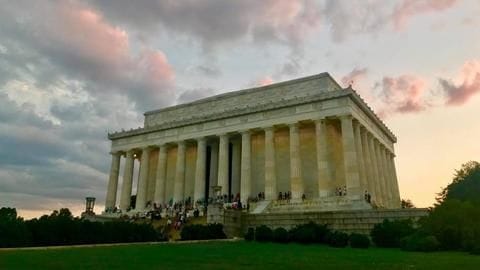 On January 18, three demonstrations- the March for Life rally supporting anti-abortion, the Indigenous People's March, and the Black Hebrew Israelites converged on the very day at Lincoln Memorial. Nicholas was part of the group of students from Covington Catholic High School supporting the March for Life rally, while the elderly, Nathan Phillips, was a Native American activist supporting the Indigenous People's March.

At one point, the school students and the Indigenous March people had a standoff, with both groups shouting, creating chaos. A viral video showed Nathan continuously playing a drum and Nicholas standing in front of him, quiet, with a grin on his face. Reports then emerged that Nicholas was trying to stare Nathan down and his act was seen as a form of racist-harassment.

After the incident, the Covington Catholic school had condemned the students' behavior and also apologized on their behalf. However, last week, the school changed its stand and revealed that it had hired a private detective agency to investigate the incident, in which they found that their students didn't provoke the standoff with Nathan and didn't make any "offensive or racist statements" either. 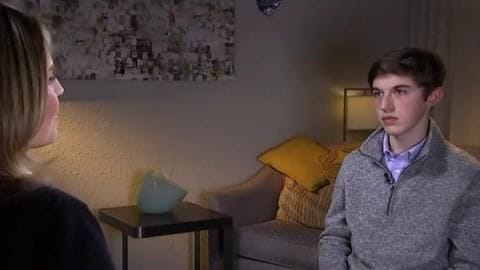 Meanwhile, following the incident, Nicholas faced a massive backlash from people and in an interview, he revealed that he received insults and even death threats over the incident. The lawsuit is demanding $50 million or Rs. 355 crore for the alleged damage done and remaining $200 million or Rs. 1,420 crore is for the punitive damages, meant for punishing the company.

The lawsuit claimed The Post targeted Nicholas because he "was the white, Catholic student" donning the MAGA cap. It was filed in Kentucky, where the Sandmanns live and not Washington DC because the family claimed Nicholas' reputation was seriously damaged at his home state. The Sandmanns are asking a Kentucky federal district court to help them "teach The Post a lesson it'll never forget."

Lawsuit says The Post wants to defame supporters of Trump

The 38-page court filing also alleged that The Post "contributed to the rampant cyber-assault and cyber-bullying" which Nicholas had to go through after the incident. It said the company was pursuing a "biased agenda" against United States President Donald Trump and trying to defame his supporters. Supporting the Sandmann's lawsuit, Trump tweeted on Wednesday saying, "Go Get Them Nick. Fake News!" 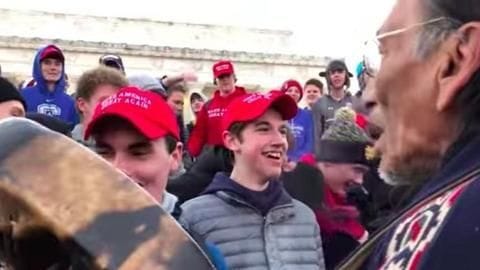 Further, another video has emerged that gave a full picture to the incident and seemed to show that Nathan had come towards Nicholas and not the opposite. The lawsuit is taking help of the video and the school's investigation. Meanwhile, The Post's spokeswoman Kristine Coratti Kelly told media, "We are reviewing a copy of the lawsuit, and we plan to mount a vigorous defense."

SKODA SLAVIA sedan to be delivered in India from March

US: Officer dead, suspect killed in violence outside Pentagon

Democracy has prevailed: Biden sworn in as 46th US President

US probably airlifted thousands of terrorists out of Kabul: Trump

Comedian Kathy Griffin reveals she has 'stage one' lung cancer

Over 80 dead as tornadoes devastate 6 US states

Kentucky event, Round 2: Williams sisters set for a face-off

In a first, US doctors transplant pig heart into man

Now, US schools use app to track kids' bathroom breaks

Want to experience North Pole from hotel? Shell out $100,000