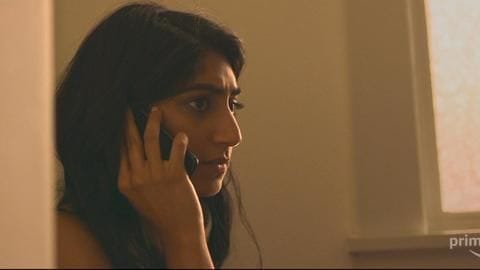 Amazon Prime Video has dropped the official trailer for upcoming movie Evil Eye. The horror thriller has been produced by Jason Blum of the famed Blumhouse Productions and Priyanka Chopra Jonas-backed Purple Pebble Pictures. The two-minute-long trailer clip was dropped on Thursday, and it looks captivating, to say the least. Here's more on this.

The trailer opens to a young woman, Pallavi, who seems to have found a great partner in Sandeep. However, things take an awry turn when her mother gets convinced that the man has a mysterious connection with her own troubled past. Will she be able to prove it to her daughter or be consumed by the obsession, is what the film seeks to answer.

Details
'You should always listen to your mother'

The movie is based on an Audible Original production from writer Madhuri Shekar. An official caption from Prime Video read, "Evil Eye reinforces the lesson that you should always listen to your mother." For the unversed, Blumhouse Productions has previously produced popular horror movies such as Split and Get Out, while Priyanka's PPP has bankrolled films like Ventilator and The Sky Is Pink.

Film
'Evil Eye' will be out on October 13

Prime Video has been rolling out a plethora of impressive Indian original content. This year, it released The Forgotten Army, Four More Shots Please Season 2, Paatal Lok, Breathe Season 2 and Bandish Bandits. Now, apart from Evil Eye, it also has titles such as Mirzapur 2, The Family Man Season 2, Inside Edge Season 3, and The Last Hour coming up.