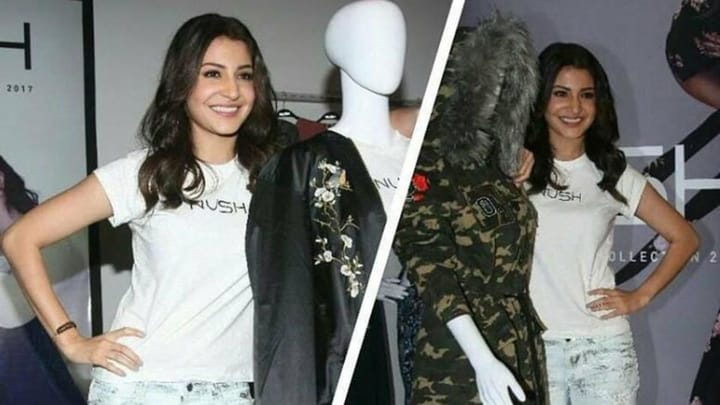 Ten days ago, model-actor-producer Anushka Sharma launched her own clothing line, NUSH. Barely a week later, it was accused of plagiarism. Contrary to Sharma's claims of having spent hours designing the items, reports emerged that some were direct copies of Chinese products. Two bomber jackets, a parka, a tan trench coat and a pair of monochrome striped pants are in particular focus.

Before the launch, much emphasis on Sharma's creativity and participation

During the launch, Sharma insisted although not all designs were by her, she was involved in "every minor detail" of the items on offer. One meeting with other team members lasted nine hours, she said. "Some meetings were at my home and I remember my mum saying, 'Khaana toh kha lo'." Even the promo video showed her brainstorming with designers and stylists.

Partner firm clarifies they had signed up with Chinese vendors

Pawan Agarwal, CMD of Sharma's business partner Suditi Industries, clarified they had partnered with Chinese vendors for the venture. While some vendors simply manufactured NUSH's designs, others provided their own designs and produced them as well. "We have recently realized some of our procured designs…were available elsewhere too," he said, adding it's a serious breach of trust by the vendors and involved members at NUSH.

Nonetheless, "specific" items are being discarded

"Some designs just have commonalities with prevalent fashion trends and are not copies. We are ensuring that these specific designs are not put on the floor and will discard this out from our range." Agarwal added Sharma was "never part of our designing and procuring process" and was "only involved in advising us". Sharma will next be seen in Rajkumar Hirani's Sanjay Dutt biopic.