Robert Pattinson's 'The Batman' first teaser trailer is out 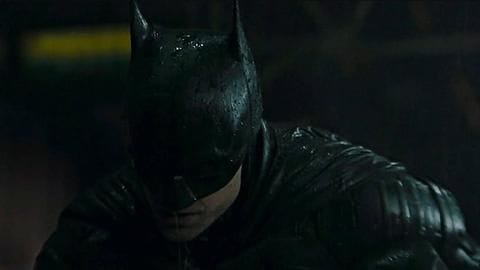 As promised, Warner Bros. has unveiled the first teaser trailer for the upcoming Batman movie starring Robert Pattinson, The Batman, at the ongoing DC FanDome event. And, by the looks of it, this is not your average Batman film. The tone is (pretty) dark and Pattinson's Bruce Wayne seems even more troubled than his counterparts have been in the past. Here's more on this.

Details
The teaser offers plenty of footage to chew on

Filming for The Batman was stalled in mid-March owing to the ongoing COVID-19 pandemic. And, director Matt Reeves has revealed that only 25% of the movie has been shot thus far. Considering that, it is sweetly surprising that the first teaser trailer, which is over two minutes long, gives off a great amount to footage for fans to watch (and rewatch).

Teaser
Caped Crusader and Commissioner Gordon on a mission

The teaser opens with Pattinson's Dark Knight and Jeffrey Wright's Commissioner Gordon looking into a bunch of murders by a new villain in town. What's also pretty enticing is that Wayne isn't the usual well-kept playboy figure, but a little goth and evidently haunted. The clip is set to Nirvana song, Something in the Way, and has quite an edgy and dark tone.

Characters
There shall be (many) villains

The video also offers a good look at the various villains that Reeves has re-invented for the forthcoming DC movie. While the teaser suggests that the primary antagonist this time will be Paul Dano's Riddler, it also offers first looks at Zoe Kravitz's the Catwoman and Colin Farrell as the Penguin. It also offers a glimpse of Andy Serkis as Alfred.

Batman
'I'm vengeance,' the Caped Crusader's message to all

Towards the end of the clip, we get a good look at Pattinson's Batman, as he brutally beats down a thug. "The hell are you supposed to be?" the leader of a criminal gang asks the Dark Knight. "I'm vengeance," the Caped Crusader replies. Pattinson's voice as the Batman also comes off as a welcome change from what we're accustomed to.

Quote
'The Batman' to resume filming in September

It was recently reported that The Batman is set to recommence shooting this September in the UK. "It is not an origins tale, but you're meeting him (Batman) in the early days," Reeves has noted about his take.

Release
'The Batman' comes out in October 2021

The Batman has been written by Reeves along with Mattson Tomlin. It also stars John Turturro, Peter Sarsgaard, and Jayme Lawson. It is slated to be released on October 1, 2021. However, the latest teaser clip does not confirm any date. But it surely assures fans that whenever the highly-anticipated flick is open for viewing, it will happen "only in theaters."