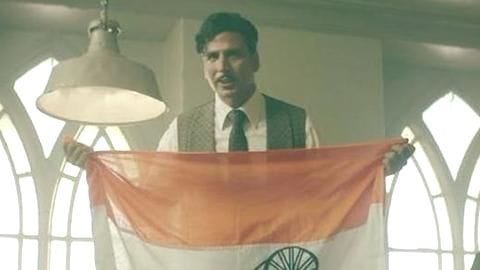 Even before his much-anticipated movie 'PadMan' hit theatres, Akshay Kumar has given his fans something to look out for. The star revealed the teaser of his upcoming movie 'Gold', and it is all things you'd expect from an Akshay Kumar film. Director by Reema Kagti, it features Kumar in role of a gritty hockey coach who wants to win an Olympic gold for India.

Gold has all the elements of becoming a sure shot hit and Akshay Kumar is the biggest reason. Releasing a movie that speaks about India's first win at the Olympics as a free nation, will definitely bring good news for the makers. Set in the era where India was getting ready for Independence, the movie will certainly create a storm at the Box Office.

Do you know?
Mouni Roy makes her Bollywood debut with Gold

Another highlight of 'Gold' is TV actress Mouni Roy. She was chosen to play Akshay Kumar's love interest after a lot of speculations. In the teaser, we got to see a miss-and-blink- appearance of her, and we sincerely hope the movie offers more.