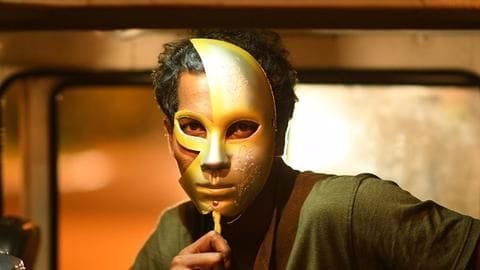 After having won accolades at international festivals across the world, it looks like Malayalam film Sexy Durga wouldn't be screened in its home country, India. Why, you ask? Because the Ministry of Information and Broadcasting has denied it special exemption to be screened at the upcoming Mumbai Film Festival, saying that it may hurt "religious sentiments" and cause a "law and order problem."

Movies that aim to be screened at a film festival in India do not need an approval of the Central Board of Film Certification (CBFC). They can be shown as long as they have an exemption from the Information and Broadcasting Ministry.

In defense
Film not related to Goddess Durga or religion, says director

According to Sanal Kumar Sasidharan, the director of the movie, the film is based on a girl named Durga and has nothing to do with the Hindu goddess or religion. Calling the Ministry's decision an attack on freedom of expression, Sasidharan claims the government body hasn't even seen the film and has rejected it just on the basis of its name.

Sasidharan has sent the film to the Central Board of Film Certification for approval. If CBFC clears the film, the I&B Ministry's stance will become void and the film will have the permission to be screened in theaters and film festivals across India. The director has condemned the Ministry's decision on social media, igniting once more the debate on freedom of expression.

Such an over whelming support from film lovers! 949 people already signed the petition. Really really hopeful. We... https://t.co/rNJk7G5ppB

Not alone
Other films that were denied exemption this year

Sexy Durga isn't the first film to have been denied exemption this year. In January, the I&B Ministry had rejected the application of three films that were to be screened at the International Documentary and Short Film Festival of Kerala (IDSFFK). Interestingly, all the three films dealt with controversial subjects - Rohith Vemula's suicide, JNU protests and the unrest in Kashmir.