Jackie Chan's estranged daughter is living like homeless
Written by Shalini Ojha
May 02, 2018, 12:43 am 2 min read 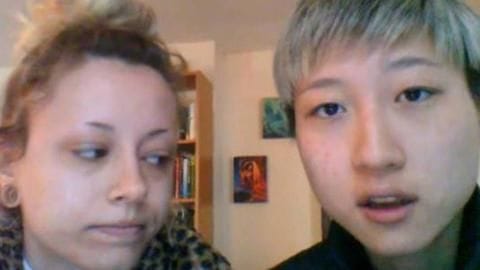 Jackie Chan's estranged daughter Etta Ng posted a video on YouTube narrating her pathetic living conditions, for which she has blamed her homophobic parents. 18-year-old Ng and her girlfriend Andi Autumn have been living like homeless under a bridge, they claimed in the video. Elaine Ng, Etta's mother who is a former beauty queen, had an affair with Jackie Chan while he was married to Joan Lin.

Quote
Nobody cares, says Etta in the video

"We've been homeless for a month due to homophobic parents. We pretty much slept under a bridge, and other things. We've gone to police, hospitals, the food banks, the LGBTQ community shelters and all of them just don't give a shit," Etta said.

Elaine slammed her daughter for making a video, instead of doing something to change her condition. "I feel that if they have no money, they should go find work. They shouldn't film a clip telling others they are broke and who Etta's father is. People all over the world work hard and don't rely on someone else's fame to get money," she said.

Though Jackie Chan acknowledged his affair with Elaine, he never publicly spoke about their daughter. Interestingly, Etta Ng had once said she would never consider Chan as her father. Ng came out as a lesbian last October. Her girlfriend Autumn designs and sells clothes online. In the video, she said it was ridiculous that no one would help them.