Kalki Koechlin opens up about sexual abuse in Bollywood 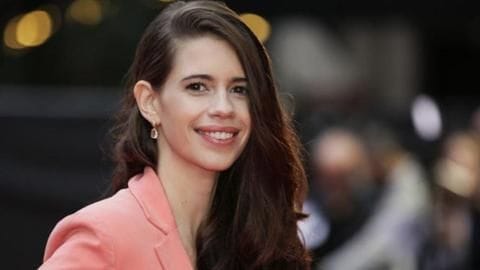 Kalki Koechlin, who is known for her unabashed opinion, recently spoke about the prevalent sexual harassment in Bollywood. She also elaborated on why people don't open up about it. "People don't listen to you if you are a nobody, but if you are a celebrity it only becomes a shocking headline," she said. Here's more on what she said.

Kalki, who has spoken about being sexually abused, said sexual harassment is so rampant and pervasive that women have become numb to it. Elaborating further on it, she said, "It is a very difficult step to take. Because it's their career on the line. You are dealing with hundreds of people throwing their opinions at you, it can shake you emotionally."

Several big names in movies and media including producer Harvey Weinstein and Oscar-winner Kevin Spacey have been brought down by a flurry of sexual harassment allegations in recent times. Adding to the growing list of Hollywood men accused of sexual abuse, Aziz Ansari has now been hit with sexual misconduct allegations. However, he has revealed his side of the story today.

Details
But despite the revolution, Bollywood is still guarding abusers

Though the name-and-shame wave has swept the world, it has had no effect on Bollywood. Despite an active grapevine alleging casting couch and sexual exploitation, actresses almost never name their abusers. Until Kangana Ranaut did. She is arguably the first leading lady to have publicly accused an industry veteran (Aditya Pancholi) of sexual and mental harassment.

When a superstar like Kangana receives such harsh criticism, it silences other lesser-privileged, not-as-empowered women. However, despite the attack, Kangana has held her ground. Other actresses are speaking up too, not necessarily on sexual violence, but on other issues such as pay-gap and gender-stereotyping. Though there's a long road ahead, but Bollywood is marching towards the day when its Weinsteins will be unmasked.