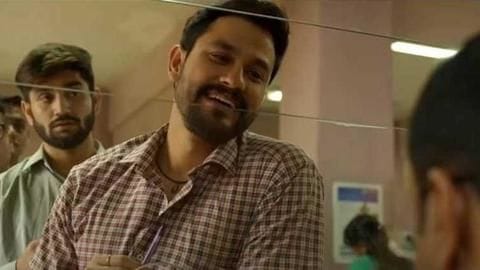 The much-awaited official trailer of Kunal Kemmu and Rasika Dugal-starrer comedy film Lootcase is here, and it is a laughter riot. The Rajesh Krishnan directorial also stars beloved comic actors such as Gajraj Rao, Ranvir Shorey and Vijay Raaz, among others. The movie is set to premiere on Disney+ Hotstar this month. Here's more on this.

Details
A suitcase is center of attention in this quirky comedy

The 3-minute-long trailer opens with Nandan, a middle-class man whose luck lights up as he chances upon a shady suitcase full of crisp Rs. 2,000 notes. But, many in the town have their eyes set on the lost suitcase. While Nandan tries his best to protect the money, a local politician (Gajraj), a don (Vijay) and a cop (Ranvir) plan to retrieve the suitcase.

Kunal, as the helplessly middle-class Nandan, is a treat to watch. Meanwhile, Vijay as the local don impresses with his spot-on dialogue delivery and his character's hilarious obsession with the National Geographic channel. In the middle of the trailer, a Shah Rukh Khan reference comes as an unexpected but fun bonus. Other actors, including Rasika and Gajraj also appear to be in top form.

Release
'Lootcase' to premiere on July 31

Co-produced by Fox Star Studios and Soda Films, Lootcase was originally slated to hit theaters in April, but the coronavirus pandemic halted the makers' plans. It will now be premiered on Disney+ Hotstar on July 31. "We are bringing Lootcase directly to the safety and comfort of your home. So you and I have a movie date on the 31st of July," Kunal tweeted.

The digital release of Lootcase, along with several other films, was announced last month through a virtual press conference. However, Kunal was not invited to the online event. Slamming Hotstar, the actor tweeted at that time, "Respect and love can never be asked for, only earned...Just give us an equal playing field, we'll show you how high we can leap (sic)."