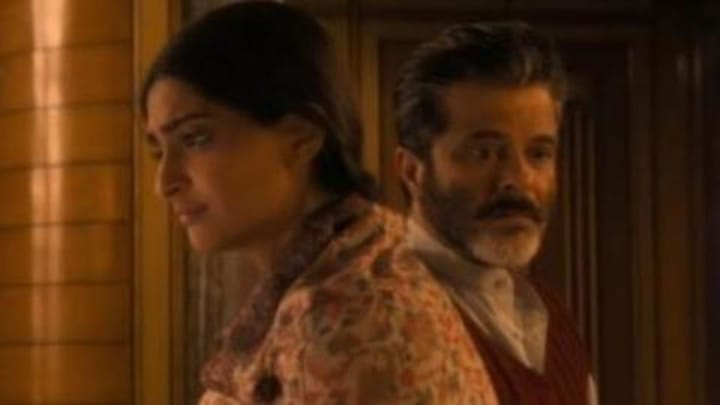 Love stories are dime a dozen in Bollywood and are the staple of most mainstream releases. However, the upcoming film starring father-daughter duo, Sonam and Anil Kapoor, along with Rajkummar Rao, Juhi Chawla, Ek Ladki Ko Dekha Toh Aisa Laga, promises a never-before-seen love story in Bollywood. The film releases on February 1, 2019, and the trailer was recently released. Here, we decode it.

A film to be experienced with hearts, not heads

Directed by Shelly Chopra Dhar, the film starts with Rao's character introducing a play and asking audiences to experience it with their hearts and not heads. The story delves into Sonam's character's life and describes how Rao began to fall in love with her. Her family too looks for suitable matches but it appears Sonam's character has a secret, which could devastate her family.

A love story without obstacles is no true love

Sonam's character shows us, she always dreamt of marriage as a kid but is tired of her family pushing her to marry a guy of their choice. Her love wants to escape the constraints of gender, race, religion, and caste. Sonam commented that the film dealt with how Indian children needed to explain their choices to their parents, as acceptance and support was important.

A brand new love story, with a fresh perspective

Set in rural Punjab, the film soon shows an angry mob tearing apart two women. Another shot shows Sonam's character lays her head on another woman's shoulder. These, coupled with the deep secret she only tells Rao's character, and the #LetLoveBe leads us to believe Sonam plays a gay character here. A female gay protagonist would be a bold and recommendable step for Bollywood.

Bollywood finally headed in the progressive and right direction?

Post decriminalization of Section 377, this is Bollywood's first mainstream movie portraying a homosexual relationship. Having a gay female protagonist is more challenging in India, but the trailer does it effortlessly, exploring Sonam's character's sexual orientation without compromising her femininity. Perhaps Bollywood is becoming bolder and is progressing in the right direction, away from stereotypical love stories featuring hyper-masculine heroes and damsels in distress.