'Lucifer' season six: Get ready for the Angel this September 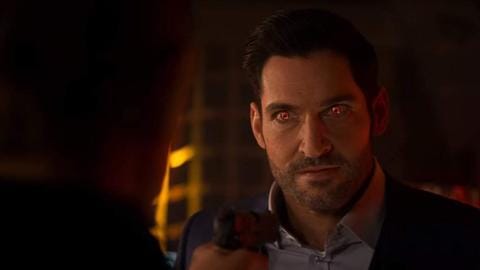 Good things are coming! Netflix released the trailer of Lucifer's sixth and final season. It unveils the release date to be in early September. The finale will feature the last night of Lucifer Morningstar in LA. But, where is he going? Tom Ellis, along with producers Joe Henderson and Ildy Modrovich made the official announcement during the show's panel at Comic-Con@Home on Saturday.

"All bad things must come to an end," says the teaser. A minute-long first look of the final season offers highlights of the loved moments from the previous seasons, including fights between angel and devil, love, clashes, happiness, and loss. Popping up of K!X- Make You A Believer in the teaser makes things better. To summarize, the teaser unpacks Lucifer's evolution until now.

Lucifer bidding adieu to LA, but where is he going?

At the end of the released teaser, Lucifer is chased by a police officer. The star then declares that it's his "last day in LA." He then drives off with his famous flask in hand. Where is Lucifer off to? How will his family and friends react? IGN reports Ellis saying, "This is the last year that we have secrets and can surprise people."

Henderson and Modrovich, during the aforementioned Comic-Con panel, revealed that the final season will have a number of surprises and returns. Two new faces, Merrin Dungey as Sonya and Brianna Hildebrand as Rory will be seen. Also, Scott Porter as Carol Corbett will return. Fans will witness a few issues in Maze and Eve's relationship. Moreover, the mysterious figure Adam is speculated to arrive.

Official synopsis hints of world unravelling without a God

"This is it, the final season of Lucifer. For real this time. The devil himself has become God...almost. Why is he hesitating? And as the world starts to unravel without a God, what will he do in response?" says the synopsis of the show.

The ending will provide peace; releases on September 10

Ellis recently shared the first-look image of the new season on social media, leaning against DeLorean, hinting there to be more time travels. Screenwriter Chris Rafferty promises that the ending will make the fans "find some sense of peace by the time it's over." Lucifer season six will include ten episodes and is set to release on September 10, 2021.

Ellis leaks behind the scene photos of the final season