James Wan returns with 'Malignant,' to bring 'the devil closer' 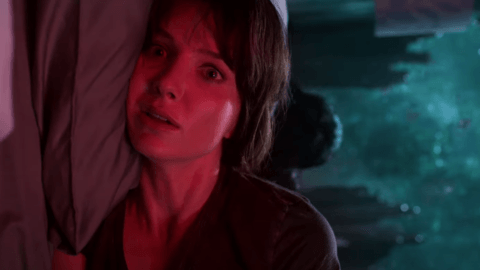 James Wan is back with another terrifying creation, Malignant. Warner Bros. released the first look trailer of the movie recently, which is coming this fall to cinemas in Hindi, English, Tamil, and Telugu. "This year, every victim, every killing, brings the devil closer," says the movie's trailer. The story also ties supernatural entities to the present, which Annabelle Wallis's character encountered as a child.

Madison (Wallis) is "paralyzed by the shocking version of grisly murders." She will be in search of a way to save herself and the world from an imaginary friend and the "devil" in this story, Gabriel. It seems Madison is an adopted child, and the agony she is experiencing right now is a result of something that has happened to her before adoption.

Malignant was supposed to be Wan's "little horror thriller." But, the pandemic pushed it "as long the big ones." Just after wrapping the shoot, Wan had written, "I'm super excited for this film." Known for The Conjuring, the 44-year-old filmmaker wanted to create "something original, different and genre-bending, but still in the spirit of horror-thriller." And, that's how he landed to make Malignant.

Besides Wan, there are big names in the creative team like Don Burgess and Kirk Morri, known from Aquaman and The Conjuring 2. Desma Murphy is the production designer, known for Aquaman and Furious 7, and Lisa Norcia is costume designer (Insidious: The Last Key). Joseph Bishara, composer of all seven films of The Conjuring Universe, has given music to the Malignant as well.

Premiere
'Malignant' to release in theaters and HBO Max this September

Like the rest of the Warner Bros. 2021 line-up, Malignant will also get a theater and HBO Max release. The horror-thriller movie is set to make viewers scream in the UK on September 8, 2021, and in the US on September 10. Only time will tell whether the film really shows that Wan has returned to his "more gritty, rough thriller roots"