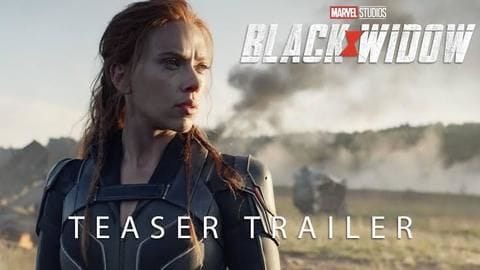 The much-awaited first teaser trailer of Marvel Studios' upcoming solo Black Widow movie, starring Scarlett Johansson in the titular role is out now. The 2-minute-long teaser gives us an enthralling sneak peek into the past life of the trained spy Natasha Romanoff (Johansson), way before the S.H.I.E.L.D agent met her end in the Avengers: Endgame, that came out earlier this year. Here's more.

Details
'Black Widow' dwells into the past life of Natasha

Black Widow sheds light on the events following Captain America: Civil War (2016). The initial part of the trailer recounts Natasha's journey in the MCU, and then dwells into the spy's past life. It cuts to a new city back home in Russia, where Natasha is seen getting into a heated encounter with Yelena Belova (Florence Pugh), whom Natasha cryptically refers to as "sis".

Details
Natasha teams up with her 'family' to finish "unfinished business"

The later parts of the trailer show some action-packed sequences, and portray Natasha teaming up with Malena (Rachel Weisz) and the Red Guardian (David Harbour), in order to settle some "unfinished business", which has been kept a secret for obvious reasons. Harbor's red suit-donning character does steal a moment or two. Further, the Black Widow is also seen wearing a cool looking white-colored suit.

Directed by Cate Shortland and based on a script by Jac Schaeffer and Ned Benson, Black Widow is all set to become the 24th film in the Marvel Cinematic Universe (MCU), coming out after Spider-Man: Far From Home (2019). Set to be distributed by Disney, the movie will hit theaters in India in English/Hindi/Tamil/Telugu/Malayalam/Kannada, on April 30, 2020 (US release date: May 1, 2020).

Notably, Black Widow will be the first release in the planned Phase Four of the MCU. It will be followed by The Eternals (November 2020), Shang-Chi and the Legend of the Ten Rings (February 2021), Doctor Strange in the Multiverse of Madness (May 2021). The other films in the said phase will be a Spider-Man: Far From Home sequel and Thor: Love and Thunder.