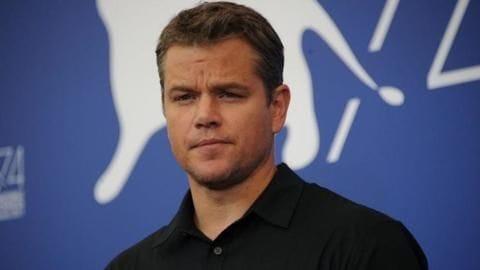 Matt Damon has revealed that his eldest daughter, Alexia, had earlier been infected with the coronavirus in New York City. The Hollywood star (49) added, that fortunately, she has since recovered. Damon made the revelation in an interview with a Dublin radio station. The actor is currently residing in Irish town of Dalkey, with wife Luciana Barroso and three other children.

Details
Alexia 'got through it fine', said Damon

During the interview with Spin 1038, Damon said that Alexia (20), a college student in the Big Apple, "had COVID really early on along with her roommates," adding that she "got through it fine." "We'll reunite with her at the end of the month. But everybody's okay, obviously Lucy's mom and my mom - it's scary for that generation," he added.

Damon was filming for Ridley Scott's upcoming historical drama The Last Duel, when the country put a lockdown due to concerns over COVID-19. But Damon considers themselves lucky to have all the necessary arrangements for quarantine in a foreign country. He said they also have teachers for kids there. "We've got this kind of incredible setup in this place that's absolutely gorgeous," he said.

The actor and the interviewers also touched upon his 2011 movie Contagion, which is eerily similar to the ongoing pandemic, and recently saw a staggering rise in its popularity. "Anybody who says you couldn't predict this - I mean, just look at 'Contagion'... Ten years ago, we made a movie just by talking to experts and asking them 'How would this look?" he said.

Quote
'The whole thing is tragic and sad'

"The whole thing is tragic and sad... I think at least now, we know what to do and we won't look at people like they are crazy when they tell us to go sit at home and wash our hands and socially distance," Damon said.

Other celebrities who contracted the coronavirus include Tom Hanks and his wife Rita Wilson, Olga Kurylenko, Idris Elba, Game of Thrones star Kristofer Hivju, Rachel Matthews, and Daniel Dae Kim, among others. The United States continues to remain the worst-affected nation, with 14 lakh COVID-19 cases and 85,197 deaths. Globally, the disease has claimed the lives of nearly 3 lakh and sickened 44 lakh.