'Sacred Games' to return with a second season, confirms Netflix 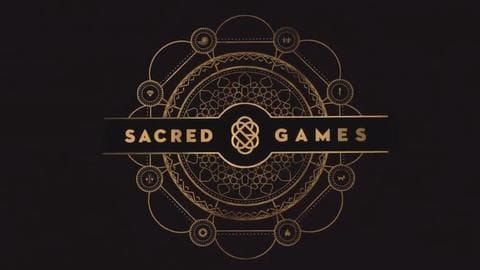 Netflix has officially greenlit the hit series 'Sacred Games' for a second season. The thriller series, based on author Vikram Chandra's novel of the same name, features Nawazuddin Siddiqui and Saif Ali Khan in the lead. Directed by Anurag Kashyap and Vikramaditya Motwane, the first season of the series premiered on Netflix on July 6 this year. Here's more.

Information
What will the second season be about?

The second season will pick up from Sartaj Singh (Khan) pursuing his relentless battle of saving Mumbai and Ganesh Gaitonde (Siddiqui) facing bigger challenges to retain his position as the legendary kingpin of the city, Netflix said in a press release.

Details
Pankaj Tripathi to play a vital role in Season 2

Actor Pankaj Tripathi, who played Guruji in season one, plays a pivotal role in unfolding a chain of events that shape the next season. Season 2 is scheduled to film in India and locations overseas later this year. Kashyap will continue to direct the story of Siddiqui's Gaitonde while Motwane will be handing over the shooting of Sartaj Singh's plot to Neeraj Ghaywan.

Motwane and Varun Grover will continue their roles of being the showrunner and the lead writer respectively. "We've been thrilled by the response to 'Sacred Games' from fans worldwide, and especially in India... It's incredibly exciting for us to take the story of 'Sacred Games' forward and open a new chapter in the series," said Erik Barmack, Vice President, International Originals at Netflix.

'Sacred Games' is the first of eight Indian series commissioned by Netflix. Upon its debut, it received rave reviews, mainly for the performance of its lead actor Siddiqui. It also battled political controversies and is regarded as one of the best web series of 2018.