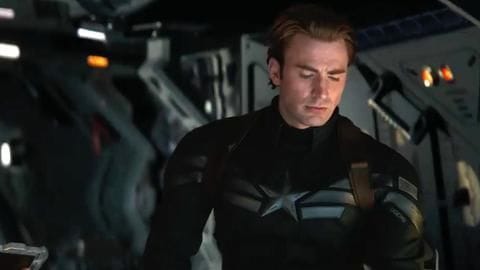 Avengers: Endgame just dropped its second clip during the Super Bowl, which took place on Sunday, February 3. The upcoming film from Marvel Studios, which is scheduled to release on April 26, offers a new look at a universe recovering from Thanos' devastating finger snap in Avengers: Infinity War. Promising an intense final fight, here we decode the new clip of Avengers: Endgame.

For those unaware, Thanos gathered all six Infinity Stones and used their powers to decimate half the universe's population, in a misguided attempt to maintain balance. While the previous trailer showed us the heroes scattered and coping with the immediate aftermath of the shock of losing half their teammates, the new clip depicts a world, specifically New York, dealing with the devastation and loss.

Captain America is shown at a support group to deal with the trauma of losing half his teammates. However, when the advice is floated around the group that it is time to move on, Steve Rogers refuses. He flat out says that he would not move on from the fact that Thanos took away his friends with a single snap of his fingers.

Coping
Nobody is willing to move on, instead preparing for battle

Other heroes don't seem willing to move on either, as Black Widow practises at a shooting range. We also get a glimpse of Nebula and Tony Stark repairing their armor. Stark might even be upgrading his Iron Man armor. Ant-Man, War Machine, Rocket Raccoon are also spotted gearing up for battle. Most striking is Hawkeye, who looks remarkably different, and potentially deadlier than before.

While all the other heroes are seen getting ready for battle, Thor seems to be actively hunting Thanos down. The God of Thunder lost all his fellow Asgardians, Heimdall and brother Loki to Thanos, apart from losing his teammates too. Understandably, Thor has a bone to pick and can be seen among lush greenery, which might be the planet Thanos retired to previously.

Opinion
If they can't protect the earth, they'll surely avenge it

The short clip is intense, fast-paced and gives a sense of urgency about the big battle to come. While it leaves out Captain Marvel, she will surely be the Avengers' ace in the hole in the fight against Thanos. We are left with the assurance that if our heroes can't protect the earth, you can be sure they'll avenge it.