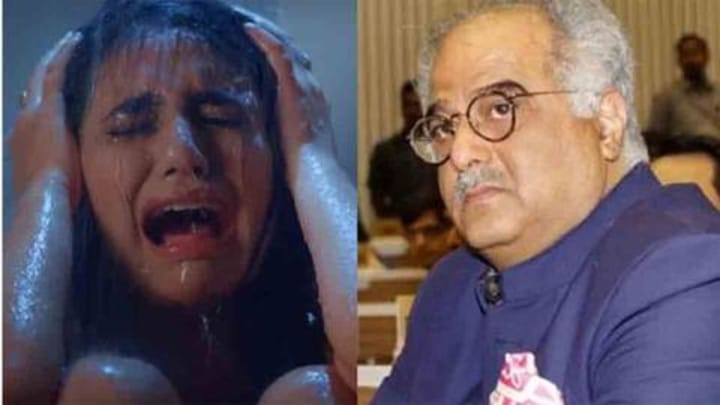 Priya Prakash Varrier, the popular 'wink' girl from Oru Adaar Love, is all set to make her Bollywood debut with Sridevi Bungalow. The makers recently released an intriguing teaser. But, the movie has landed into trouble after Boney Kapoor sent a legal notice to the makers. It was reported that the movie is related to Sridevi's death. However, the makers have dismissed the reports.

Is 'Sridevi Bungalow' based on Sridevi's death?

Sridevi Bungalow is said to be loosely based on actress Sridevi's death. Notably, Sridevi died of accidental drowning in a Dubai hotel last year. As per the trailer, Priya plays the role of a lonely actress named Sridevi who also dies under mysterious circumstances. Further, Priya's character is also found dead in a bathtub just like Sridevi which instigated a controversy for Sridevi Bungalow.

Sridevi Bungalow's similarity with Sridevi's death has obviously left husband Boney Kapoor upset. It is reported that Boney is distressed with the mockery of his wife's unfortunate demise on the big screen. And while Sridevi Bungalow continues to be in the swirling vortex of the controversy, Boney has sent a legal notice to the makers.

Notably, the Sridevi Bungalow director Prasanth Mambully is unfazed by Boney's legal notice. Instead, they are willing to face it strongly. "We received a legal notice from Boney Kapoor last week. And we will face it. My film is a suspense thriller. I told him (Boney Kapoor) that Sridevi is a common name. My film's character also happens to be an actress," he said.

Meanwhile, netizens aren't pleased with the teaser of Sridevi Bungalow and called it a sleazefest which is an attempt to tarnish Sridevi's image. They took it to micro-blogging site Twitter to slam the movie and demanded strong action against the makers. A Twitter user wrote, "Such disrespect to the departed soul". Another one tweeted, "Such a shameful and disgusting act by the makers".

In this disgusting film u tried to show #Sridevi as a lonely person and pathetic but the fact that Sri hated to be alone and her family was always beside her and in another shot u tried to show her smoked cigar and this was the most thing she hated. Shame on u😡 #SrideviBungalow pic.twitter.com/nMFYFrM1JT

Sridevi Bungalow should be banned!

The teaser of sleazefest masquerading as a movie #SrideviBungalow is a dirty ugly attempt to tarnish the image of an Indian icon. The movie has to be banned! Nobody should be allowed to get away with such a cheap act for fame mileage. #Sridevi

On a related note, Boney to make biopic on Sridevi

Interestingly, there are reports that Boney is planning to make a biopic on his wife Sridevi. According to the reports, Boney feels that Sridevi's story needs to be told. In fact, he has registered the title and gotten the name copyrighted. "Several journalists and authors have approached Boney and he may very soon select someone to write on Sridevi," a source told Deccan Chronicle.