Priyanka to star in Avengers' director Joe Russo's next?

The much awaited Avengers: Endgame is all set to hit the screens in India on April 26, and the team is busy promoting the movie extensively in the country, which has a huge base of Marvel fans. Amid the promotions, director Joe Russo surprised everyone after he revealed that he is in talks with Priyanka Chopra for a movie. Here's more.

Priyanka shot to global headlines when she starred in Quantico (2015-2018), becoming the first South Asian to headline an American network drama series. She then appeared in Baywatch (2017) and Isn't It Romantic (2019). "Priyanka is transitioning into global status now. She is fantastic. I would love to work with her. I am potentially talking to Priyanka for something," Russo confirmed.

To recall, in 2018, Marvel Studios chief Kevin Feige asserted that they were planning to make a standalone movie on Ms. Marvel aka Kamala Khan. As soon as the news broke, netizens went berserk and shared their opinions on who should be the actor. Interestingly, a majority of them expressed their desire to see Priyanka playing the character of Marvel's first Muslim superhero on screen.

Furthermore, Russo, being an action director, also lauded Salman Khan's superhit Dabangg franchise and called it an interesting watch. "I am an action director so I saw Dabangg many years ago and then Dabangg 2. I thought the camera work was great in both the films. The tone and the energy is also great. So, I certainly know Salman Khan," Russo shared. 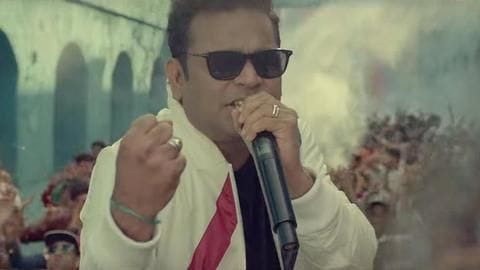 Indian connection doesn't end here for the Russo brothers. Considering India to be the fastest growing market for Marvel Universe, the studios roped in music maestro AR Rahman recently for composing the Marvel Anthem, which is being hailed as a perfect tribute to Avengers: Endgame. The song was launched by Russo at an event in Mumbai. Rahman was also present at the occasion.