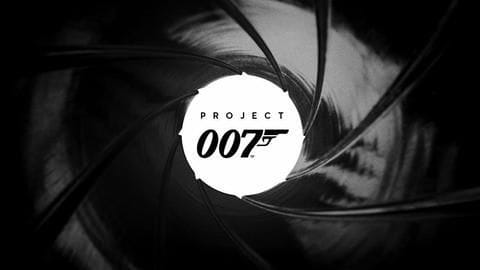 Even as fans wait for the new James Bond film, there is something else they can cheer about. IO Interactive, the video game company known for its popular franchise Hitman, has plans to produce a game on the secret service agent. Tentatively titled Project 007, the game is likely to be launched in 2022 as the company is currently busy with Hitman 3.

Developers
What IO Interactive has to say about its new venture

IO Interactive will helm the project in association with Delphi, MGM, and EON Productions. IO CEO Hakan Abrak has called it "the most ambitious game" in the history of the company. "Creating an original Bond game is a monumental undertaking. Our team is excited to unleash their creativity into the iconic James Bond universe," Abrak added.

Teaser
This is what 'Project 007' promises

The game will have an original Bond story where the players will get a chance to role-play as Bond. Taking charge, they will get to earn their own 00 status. The teaser released by IO Interactive shows a bullet being loaded into a gun. As you move down the barrel and shoot, the James Bond logo and theme music appear on screen.

International offices
The development work is happening in Denmark and Sweden

The game is currently being developed at IO Interactive's offices in Copenhagen, Denmark and Malmö and Sweden by the top talents of the industry. The description on the official site reads, "IO Interactive is currently recruiting elite agents from around the world to join the team that will build out this exciting and unique gaming title."

Official description
Will the final product match the expectations?

Going by the Danish company's track record, gamers can expect the timely delivery of a quality product. If the Hitman series is anything to go by, Project 007 will certainly match your expectations. The company has already proven itself with awesome assassination gaming experiences. Work on the Bond game will start after Hitman 3 is out in 2021.