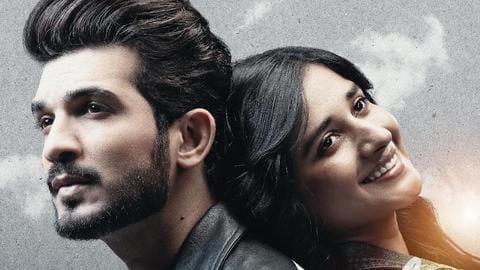 The trailer of Arjun Bijlani and Kanika Mann's new web series is here! Titled Roohaniyat, the show revolves around Saveer (Bijlani) and Prisha (Mann) and has been directed by Glen Barretto and Ankush Mohla. The show is set to premiere on March 23 this year on the MX Player OTT platform and also stars Aman Verma and Smita Bansal in pivotal roles.

Details
What do we see in the trailer?

The trailer begins with Saveer next to what looks like a funeral pyre, saying, "Forever is a lie," while Prisha is shown as someone who emphatically believes the opposite. This sets the premise for the show where the two leads clash over their idea of "forever" in romantic relationships. Both of them are heartbroken and yet have very different notions after their respective ordeals.

Information
Why is 'forever is a lie' the show's tagline?

Through a flashback, we learn Saveer was once a happy man who had found "the one" (Yuvika Chaudhary) but an accident leads to his soulmate's passing. There's also an element of something sinister behind her death—casting doubt on whether it was an accident. Elsewhere, Prisha, head over heels in love with her boyfriend, catches him cheating on her and is left heartbroken and alone.

Quotes
What have the actors said about their roles?

Speaking about Roohaniyat, Bijlani said, "This show is all about finding answers to whether love forever exists. This is not your usual love story. It has twists and turns...no one expects." Meanwhile, describing her character, Mann said, "Prisha is an unpredictable girl who believes in the concept of true love and soulmates. I could relate to that character being a hopeless romantic myself."

Fact
Where have you seen the lead actors before?

Notably, the MX Player series addresses the age difference between the main characters at the outset in the trailer, which is unusual. Bijlani, who has been part of popular TV shows like Miley Jab Hum Tum and Left Right Left, was last seen in ZEE5's State Of Siege: 26/11 (2020). Whereas, Mann last starred in Zee TV drama, Guddan Tumse Na Ho Payega (2018-21).