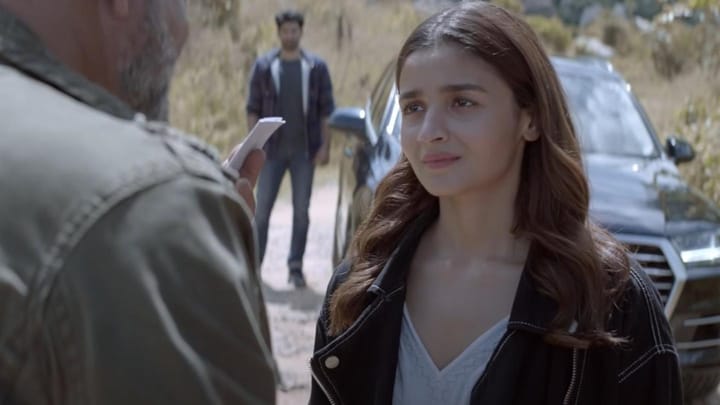 Seemingly, Bollywood and its star kids have fallen out of favors with the public, as the newly-launched trailer of Sadak 2 starring Alia Bhatt, Aditya Roy Kapur, and Sanjay Dutt proves. The trailer has at least five times more dislikes on YouTube than likes, confirming that film lovers are still angry with stars in the wake of Sushant Singh Rajput's tragic demise. Here's more.

The three-minute-long trailer starts with a scene from Sadak, the 1991 movie directed by Mahesh Bhatt just like this one, and soon cuts to the present movie with the introduction of Ravi, played by Sanjay Dutt. Having lost his wife Pooja, the taxi driver says he has no intention to live, until Aarya, played by Alia Bhatt, enters the scene.

The trailer tells that Aarya is on a mission, seeking revenge from fake gurus as she lost someone because of them. With her boyfriend Vishal and the support of taxi driver Ravi, Aarya gets ready to face a menacing Makarand Deshpande, essaying the role of a Godman. The trailer also gives glimpses of Gulshan Grover, Jisshu Sengupta, and Priyanka Bose.

The movie premieres on Hotstar on August 28, but it has already miffed the general public. For more than a month now, the insider v/s outsider debate has been raging and the dislikes on YouTube confirm that the star kids are losing. At the time of the press, the trailer had merely 80,000 likes, as opposed to the 995,000 dislikes.

To recall, Alia is one of the celebrities targeted on social media after Sushant was found hanging at his Mumbai home in June. It was claimed the talented actor was sidelined by Bollywood biggies because of his "outsider status." In one viral clip, Alia asked who Sushant was as she sat on Koffee With Karan, sparking allegations that she also ridiculed him.

The reception that the trailer of Sadak 2 received is diametrically opposite to what Dil Bechara, the last movie of Sushant, received. In less than 24 hours of its release on YouTube in July, the trailer earned a whopping 5.3 million (53 lakh) likes. Its numbers zoomed past the likes of blockbusters like Avengers: Endgame (2.9 million likes). The movie was loved equally.

It's important to highlight that the Mumbai Police probed the "professional rivalry" and "othering" angle when it handled the Sushant's death case. As a part of the investigation, it also called Mahesh Bhatt for interrogation. However, Sushant's family said the probe was going in a different direction and squarely blamed actress Rhea Chakraborty for fraud. ED and CBI are now handling the matter.