Things you might have missed in the new 'Spider-Man' trailer 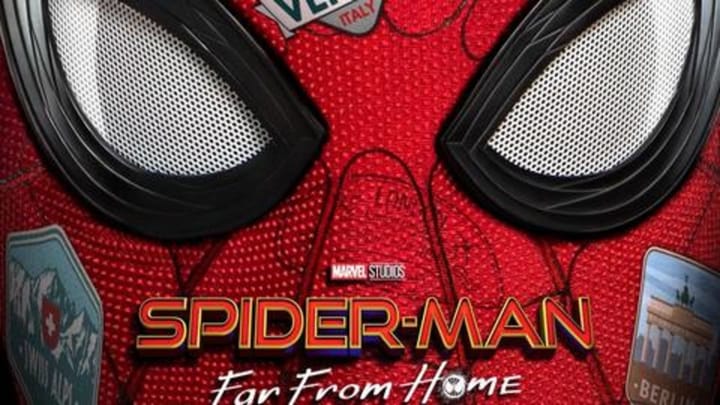 The 23rd film in the MCU and the final part of MCU Phase 3, Spider-Man: Far From Home is slated to release soon. Marvel recently released the film's (spoiler-filled) first trailer, and it has got everyone's hopes up. Tom Holland and other returning characters look fantastic and a new character, Mysterio has been introduced. Here are some things you might've missed in the trailer.

For a brief moment in the trailer at 2.13mins, we see Peter removing a pair of glasses with a horrified expression. These are the same glasses that Tony wore in Avengers: Infinity War during the first battle with Ebony Maw. Fans have been theorizing that the glasses, made of Stark's signature nanotech, might have some in-built superpowers or maybe a secret message for Peter.

Spider-Man's origin story had him fight a wrestler, Crusher Hogan for $100. A slightly modified version of this was seen in the 2002 Spider-Man film as well. In the trailer, there is a scene where Happy Hogan is talking to Peter, and one can easily spot a poster behind Happy. The poster, a definite nod to the comics, says "$100, Crusher Hogan, and Wrestling."

Marvel is probably introducing The Elementals in this movie

Throughout the trailer, Spider-Man and Mysterio are seen fighting giant creatures made of fire, water, and rocks. These monsters are The Elementals, who represent the four elements of nature, i.e fire, water, earth, and air. Their respective names are Hellfire, Hydron, Magnum, and Zephyr. But since Mysterio is a master magician and a trickster, these just might be some of his creations.

The implications of a multiverse in the MCU

Nick Fury introduces Jake Gyllenhaal's Mysterio as Mr. Beck, who "is from Earth, just not ours." If there's a multiverse in the MCU, it'd open a whole lot of possibilities as far as stories and characters are concerned. This has already been explored in the comics, where Earth 616 is the main universe and there are different iterations of Marvel's heroes in different universes.

"I hope they remember you." Thanos was so right!

Everyone remembers Iron Man and acknowledges his sacrifice. The trailer has multiple scenes with Iron Man murals and memorials, and people talking about him with reverence. Peter was closest to Iron Man and it seems that the film is setting him up to fill Iron Man's shoes. In the end, Thanos was right when he told Tony, "I hope they (the people) remember you."

#ComicBytes: Ultimate Marvel characters who are powerful than the original Marvel
Marvel to 'Enchanted', Disney's Investor Day had something for everyone Walt Disney
#ComicBytes: The comic book origin of Nick Fury Captain America
Priyanka Chopra looks formidable in 'We Can Be Heroes' stills Instagram