VMAs 2020: A night of good music and green screen 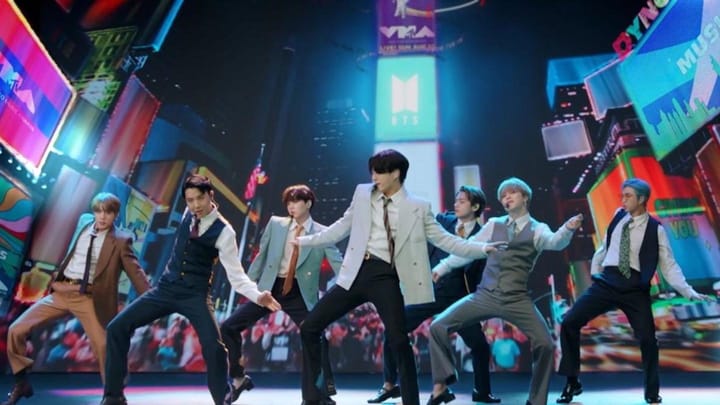 MTV VMAs 2020 went pseudo-live and treated music lovers with entertainment from a safe distance, albeit struggling with green screens. Proceedings of the award ceremony felt pre-recorded for most of the time including acceptance speeches, but we appreciate the organizers for trying to keep it safe and pulling off a daring feat of entertainment that didn't look like a Zoom call meet.

Now, let's talk about who won for what

Alexandre Moors and Nuno Xico won the Best Editing award for Miley Cyrus's Mother's Daughter, while Christian Stone bagged the Best Art Direction for it. Mathematic and EIGHTY4 bagged the Best Visual Effects award for Dua Lipa's Physical. Michael Merriman won the Best Cinematography award for Rain on Me. Blinding Lights by The Weeknd bagged the Video of the Year and Best R&B awards.

Congratulating the spirits of quarantine, CNCO's MTV Unplugged At Home won the best quarantine performance. Ariana Grande and Justin Bieber's Stuck With U won the title of Best music video from home. H.E.R.'s I Can't Breathe won the video for Good Title, strongly focusing on the Black Lives Matter movement and the impact it continues to have on the community.

Obeying social distancing norms, winners such as Maluma had their acceptance speeches looking ahead from the stage, imagining a bustling crowd, while The Weeknd and others thanked everyone in a videotaped fashion. At least Maluma's, CNCO's and The Weeknd's performances were pre-taped. However, Lady Gaga's electrifying performance and outlandish masks made up for the visual trough. BTS scorched their first VMA performance with Dynamite.