The Indian Space Research Organization (ISRO) has announced that Chandrayaan-2 will be launching on Monday, July 22, 2019. The landmark mission - aimed at delivering a lander, rover, orbiter to the Moon - was set to lift off on July 15, but a technical snag prompted the space agency to call off and reschedule the launch. Here's everything you need to know.

ISRO recently shared a tweet noting that Chandrayaan-2 will be lifting off at 2:43 pm from the Satish Dhawan Space Center in Sriharikota. The spacecraft will be positioned into a parking orbit via GSLV Mk-III rocket to begin its journey to the moon. Its orbiter element has been designed to study the moon from space, while lander and rover will head to the ground. 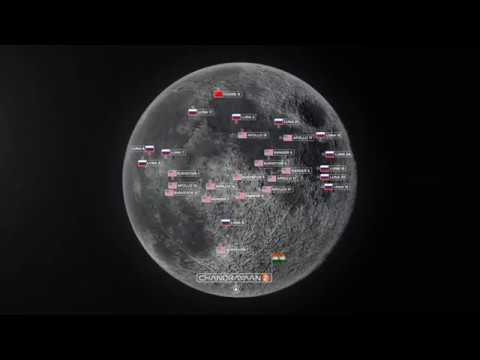 Chandrayaan-2 will coast in the parking orbit and fire its thrusters to transition into the lunar orbit. If everything goes according to the plan, it will reach its destination in nearly two months, which is sometime around September. Following this, ISRO will attempt to soft-land on the lunar South Pole, a region that has never explored in the history of moon missions.

Notably, when Chandrayaan-2 is in the lunar orbit, its orbiter will stay in orbit while the lander element, nicknamed Vikram, will detach. It will take 15 crucial minutes to soft-land in a high plain between two craters, Manzinus C and Simpelius N. Once the lander settles on the surface, the rover element, aka Pragyaan, will roll out and start exploring its surroundings.

Rover
Finally, the rover will roll out

Pragyaan will stroll on the moon at a speed of 1 centimeter per second. It will operate for nearly two Earth weeks and conduct several experiments, including on-site chemical analysis of the surface, using onboard equipment. The work could give scientists more insight into water ice, which is already known to be present in the area, courtesy Chandrayaan-1.

Do you know?
13 payloads for different experiments, studies

The mission will have 13 payloads, 8 on orbiter, 3 on lander, 2 on rover, for conducting experiments aimed at imaging and studying the lunar terrain, the exosphere. This would provide a better understanding of water on the Moon as well as its origin, evolution.