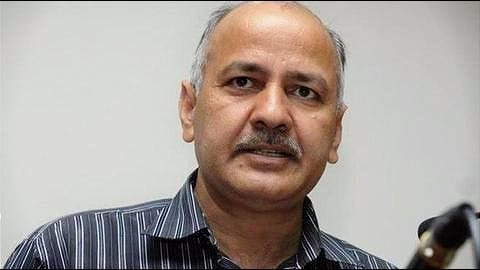 Delhi Deputy CM and Education Minister, Manish Sisodia, conducted a late-night raid at an MCD school in Kalyanpuri Block-19, where the guard had been renting out classrooms to people at night. Two people illegally living in the school were arrested. Sisodia took to Twitter to narrate the incident and shared videos, which showed clothes drying on benches and sharp tools in the cupboards.

"The classrooms, where kids come to study in the morning, are used at night by renters to cook food, and stored fretsaw, hammer, and other tools in a cupboard. Playing with the safety of kids by the schools, will not be tolerated at any cost."

Kalyanpuri Ward Councilor and AAP member, Kuldeep Kumar, said the parents of children studying at the MCD school came to him with complaints, after which he informed Manish Sisodia about the discrepancies. He said people were living in 3-4 classrooms and cupboards for books were filled with tenants' clothes and sharp carpenter tools; they also found a gas cylinder there.

Kuldeep Kumar said the school guard, who had been renting out the classrooms had not been arrested. The guard alleged he starting letting out rooms as he was not being paid enough. Sisodia tweeted the guard is being paid eight hours' wages for a 24 hours' duty. The guard reportedly said that the school principal was well aware of the arrangement.

Quote
Action taken against those responsible: EDMC Director of Education