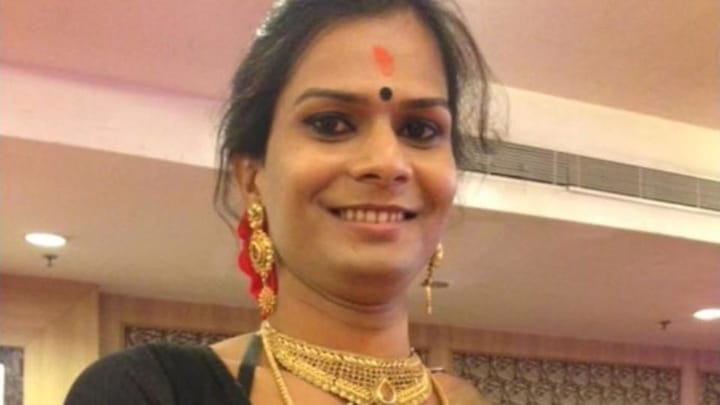 29-year-old Joyita Mondal (born Joyonto in Kolkata) would have never imagined that one day she would become India's first transgender judge. She came a long way from begging on streets to being appointed to National Lok Adalat's bench in West Bengal's Uttar Dinajpur. Joyita says the discrimination she had faced has contributed to what she is today. Know more about her extraordinary journey!

Joyita dropped out of school, unable to take bullying

Joyita was born a male named Joyonto in a traditional Hindu family in Kolkata. She had to suffer a lot and face discrimination for being a transgender. Unable to bear the verbal bullying by other boys in school, she had to drop out after 10th class. She wasn't able to conform to the gender norms imposed on her. She later left home in 2009.

Joyita on leaving her home in Kolkata

Joyita said: "I just told my mother I had got a job in Dinajpur, a neighboring district in the state, and wanted to go there. I told her that I would come back in two months if things didn't work out, and she consented."

After coming to Uttar Dinajpur's Islampur, Joyita never went back to Kolkata. Initially, she had to beg on streets, sleep at a bus stand, and attend functions as a "hijra". She began working for transgender rights and later started fighting for anyone and everyone facing any sort of social discrimination. She also completed her studies simultaneously through correspondence and got a law degree.

In 2010, Joyita Mandal became the first transgender person in Uttar Dinajpur district to get a voter ID. She later established "Dinajpur Notun Alo Society", for reaching out to transgenders and also helping others in the region. Currently, the organization works with 2,200 transgenders.

Joyita was appointed the judge of Islampur's Lok Adalat in Jul'17. She is the first person from the transgender community to have earned the opportunity to enter the judicial system, with the power to bring change. Though she achieved a lot, she says sleeping at a bus stand and being thrown out of hotel rooms because she is a transgender remain a sour memory.

Joyita said she would consider her appointment beneficial for transgenders only if at least 2-3% of transgenders in Islampur get dignified jobs. Even if they don't have much qualification, transgenders can be appointed as Group-D staff, she said. She says governments appoint someone from weaker communities to "muffle" the voices of others in those communities, adding she wouldn't let this happen.

"A handful of us becoming judges, principals won't bring a change. Till transgenders are working as sex-workers and begging in trains, individual successes mean nothing. As I move around in air-conditioned cars, my people beg during the day and work as sex-workers at night."