Man to sue parents for birthing without consent, mom replies

Not so long ago, we reported about a Mumbai-based man who was planning to sue his parents for giving birth to him without taking his consent. Raphael Samuel, 27, had some unusual thoughts about bringing a child into this world, which broke headlines across the world. Now, his mother has given her take on this, and it makes complete sense. Here's what she said.

Details
'I love my parents, we have a great relationship' 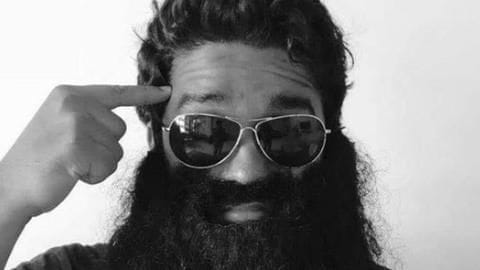 Raphael had grabbed eyeballs around the world after he said in an interview, "I love my parents, and we have a great relationship, but they had me for their joy and their pleasure." He added that he doesn't see why he should put "another life through the rigmarole of school and finding a career, especially when they didn't ask to exist".

Raphael is considered an 'anti-natal' and is part of a movement called 'Voluntary Human Extinction Movement'. He has been pretty vocal in expressing his opinions through different modes of social media. He also runs a page on Facebook- Nihilanand, which posts memes with hashtag #ParentsAreHypocrites.

Now, Raphael's own mother, Kavita Karnad Samuel, decided to voice her take on the matter. Yesterday, he himself posted his mother's reply on Facebook titling it, "The mother speaks!" In the note, Kavita had said that, "If Raphael could come up with a rational explanation as to how we could have sought his consent to be born, I will accept my fault."

Correct response
He's sure to find his path to happiness: Kavita

Further, Kavita lauded her son's ballsy move to sue his parents knowing that they are lawyers. She seemed to understand Raphael's perspective of anti-natalism and his concern "for the burden on Earth's resources due to needless life". She ended with, "I'm very happy that my son has grown up into a fearless, independent thinking young man. He's sure to find his path to happiness."

Like Raphael, there's Bengaluru-based Pratima Naik who strongly opposes the idea of creating children and has a Facebook page called 'Childfree India'. A report by Scroll said radical anti-natalists view birth as morally wrong and encourage others not to reproduce. "This will gradually extinguish the human race and thus the inevitable suffering that human life endures as well as its causes," the report said.