A 'Free Kashmir' poster was spotted at Mumbai's Gateway of India yesterday, and quite naturally it has kicked up a storm with politicians wading into it. Former Maharashtra Chief Minister Devendra Fadnavis used the opportunity to question his successor, Shiv Sena's Uddhav Thackeray and asked if he was fine with such "separatist elements". Meanwhile, cops said they are looking for the woman. Here's more.

What happened
To lend support towards JNU, protesters sat at Gateway

On Sunday midnight, the iconic sea-facing structure turned into a protesting area, with hundreds coming out to express solidarity towards JNU, where unprecedented violence hurt over 20. Bollywood celebrities like Anubhav Sinha, Taapsee Pannu, Zoya Akhtar, and Dia Mirza, also sat along with the protesters, yesterday. And today, the protesters were moved to Azad Maidan, and eventually, the agitation was called off.

Now, the protesters brought dozens of posters along, but the one which caught attention was the "Free Kashmir" one. Re-tweeting the clip of a woman holding the poster, Fadnavis asked what was the protest's agenda. "'Free Kashmir' slogans by Azadi gang at 2km from CMO? Uddhav ji are you going to tolerate this Free Kashmir Anti India campaign right under your nose??? (sic)," he wondered.

Significance
There is a reason why Fadnavis grilled Uddhav

Fadnavis shooting a question to Uddhav on "separatist elements" assumes significance as Sena has always staunchly propagated Kashmir's complete inclusion in India. Responding to Fadnavis, Sena's Sanjay Raut told media the poster pertained to the restrictions imposed in the Valley. However, Raut added that if the poster "implied" freeing Kashmir, it won't be tolerated. To recall, Sena had warmly welcomed Article 370's abrogation.

Devendraji It’s 'free Kashmir' from all discriminations, bans on cellular networks and central control. I can't believe that responsible leader like you trying to confuse people by decoding words in such a hatred way. Is it losing power or losing self control? #JNUViolence https://t.co/wr3KPnWr5n

Meanwhile, the Mumbai Police has also launched an investigation. "We have taken serious cognizance of the 'Free Kashmir' poster seen in the protest last night at Gateway of India. Yes, we are definitely investigating it," said Sangram Singh Nishandar, Deputy Commissioner of Police.

Amid the furor, the woman who held the poster broke her silence. Identified as Mehak Mirza Prabhu, she released a video on YouTube to clarify her side. Calling whatever happened a classic example of gross misinterpretation, Mehak said she went to the protest and saw the poster lying around. She picked and posed with it to demand the restoration of services in Kashmir, she claimed.

Statement
Neither a Kashmiri, nor member of any group: Mehak 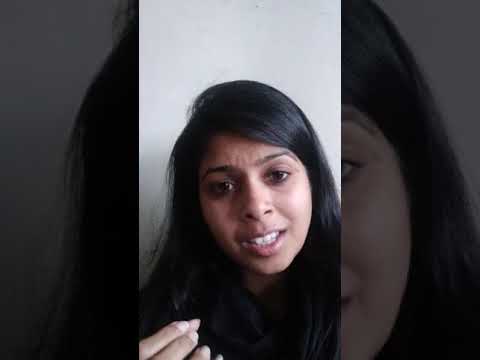 Mehak also clarified she isn't a Kashmiri, as propagated widely, but is a resident of Mumbai. Calling herself a story-teller and a compassionate person, Mehak added her TED Talk will give a better idea about her life and her work. She also dismissed allegations that she was part of any group and urged viewers to share the video to set the record straight.