New video of 2016 surgical strikes released ahead of anniversary 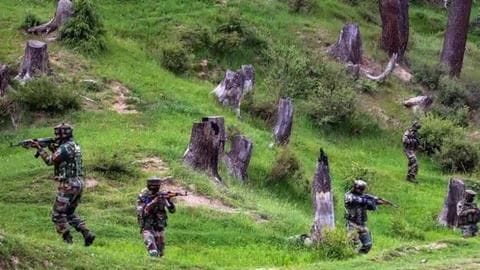 With just two days remaining for the anniversary of the Indian Army's surgical strikes against terrorist launchpads in Pakistan, a second video has been released showing never-before-seen footage of the major Army operation. The video, which shows terrorist installations being blown up, was released by news agency ANI, and appears to have been captured by UAV-mounted cameras and thermal imaging cameras. Here's more.

Following a terror attack on the Uri army base by Pakistan-based militants that resulted in the deaths of 18 Indian defense personnel, the Indian Army, on September 28-29, 2016, launched surgical strikes against terrorist launchpads along the line of control (LoC) in Pakistan-occupied-Kashmir (PoK). While Indian snipers eliminated sentries posted at the camps, troops went in and finished the job.

Earlier video
In June this year, the first video had been released Subsequently, on September 29, the Indian government announced that it had carried out cross-border surgical strikes in retaliation to the Uri base attack, and had inflicted "significant casualties" on militant forces. Pakistan had rejected India's claims, calling purported video clips of the surgical strikes "farcical". Yet, in June 2018, the first video of the operation was publicly released, leaving Pakistan red-faced.