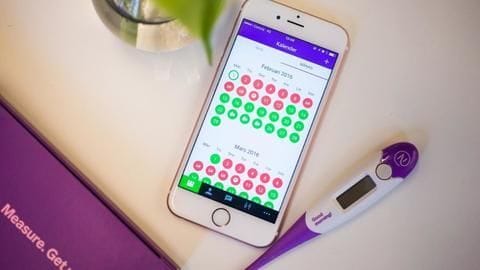 Birth control app Natural Cycles recently came under fire after it was blamed for 37 cases of unwanted pregnancies. The news came to light after the Södersjukhuset hospital in Stockholm, Sweden, reported the app to the country's medical regulator. The hospital had seen cases of as many as 37 women who wanted an abortion after relying on the app and getting impregnated.

Details
The app uses an algorithm to determine fertility

The contraceptive app uses an algorithm to track women's monthly cycles and accordingly determine when they are most fertile. It also measures factors like body temperature to determine fertility and had started to gain momentum as an alternative to less-preferred contraceptives like the morning pill. The app is also preferred because it doesn't cause hormonal changes or other such side effects.

Response
As our users increase, so will unintended pregnancies: Natural Cycles

In a clear statement, the company said, "No contraception is 100% effective, and unwanted pregnancies is an unfortunate risk with any contraception. Natural Cycles has a Pearl Index of 7, which means it is 93% effective at typical use." "As our user base increases, so will the amount of unintended pregnancies coming from Natural Cycles app users, which is an inevitable reality," it added.

Do you know?
This is the first app to be certified as contraception

With over 7 lakh current users, Natural Cycles was the first app to be certified as a legitimate form of contraception in Europe.