Twitter will 'probably never' get an edit button, says Dorsey 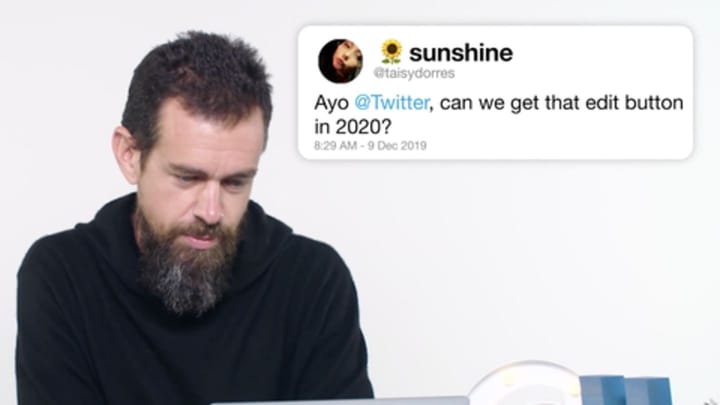 No matter how much you root for it, Jack Dorsey has made it clear - 'Edit' is not coming to Twitter. The update from the co-founder and CEO of the microblogging giant came during a 'Tech Support' Q&A session he carried out for a video interview by the Wired. Here's everything Dorsey said about the much-coveted edit button.

First, a refresher on the need for edit button

Ever since Twitter became an app/web-dominant product, users started asking for an edit button to put a limit on the errors they make while tweeting out. Essentially, the users claimed that an edit button would help reduce grammatical errors by giving them an option to correct the spelling/sentences soon after tweeting a message. Other uses include fixing broken links, clarifying a message, et al.

In the recently-published Wired Tech Support video, Dorsey took questions about Twitter from the people using the platform. As expected, he got plenty of interesting queries, including one about the potential launch of the edit button sometime in 2020. To this, Dorsey simply said, "The answer is no" before adding that the company "probably never will do it."

Dorsey said, Twitter "started as an SMS text messaging service" and "when you send a text, you can't really take it back. We wanted to preserve that vibe and that feeling in the early days." He acknowledged that edit would solve some problems but that would also mean those who have retweeted the original message would be broadcasting something completely different - after editing.

This could change the tone of conversations completely

This way, Dorsey implied that the edit button could lead to bigger problems. It could give people a way to change their original statement (if they had said something controversial) or even spread misinformation by tweaking facts.

Having said that, it is imperative to note that Twitter did consider some options to bring edit to the public, including features like giving a 30-second or a minute-long 'edit window' to the users after they'd share a tweet. However, Dorsey said, that required them to delay tweeting and was just one of the many options they considered to bring.