In a major step forward for silicon chip technology, IBM claims it has successfully made a chip using a two-nanometer (2nm) process. The company asserts that the processors made using this technology will be more power-efficient, delivering around 45 percent better performance than the current 7nm process. However, IBM didn't mention when new 2nm processors would hit the store shelves. 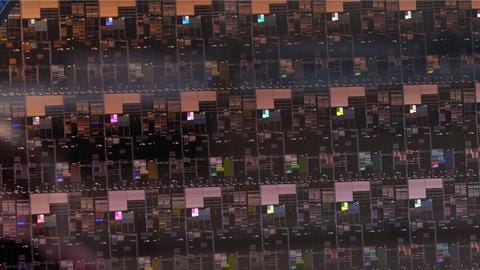 IBM says that the 2nm chips are "projected to achieve 45 percent higher performance or 75 percent lower energy use than today's most advanced 7nm chips". That's a bold claim at a time when TSMC and Samsung are mass-producing 5nm chips amid the global chip crunch. Meanwhile, Intel lags behind, struggling to get 7nm right, despite announcing its own foundry.

IBM claims that when 2nm chips eventually make it to consumer devices, they could quadruple smartphone battery life, requiring users to plug their smartphones in only once every four days. The company also said that with a chip whose smallest component is dwarfed by a strand of DNA, laptops could pack faster data processing and faster internet access.

The 2nm chip's faster computation would also cut reaction times for autonomous cars, IBM says. The tech giant observes that the improvements could also benefit data centers, space exploration, artificial intelligence, 5G telecom, and quantum computing. However, IBM's 2nm chip is a mere proof of concept, and since mass production poses numerous challenges, consumer devices with these chips are a few years away.