Blast from the past
Features HD remastered boards, minigames from Nintendo 64-era games

The Mario Party franchise borrows beloved characters from the Mario universe and allows anywhere between four and eight players to compete in either local or online multiplayer board games, which are also interspersed with casual minigames. In addition to new content, Mario Party Superstars will remaster five iconic boards from the Nintendo 64 versions, while also incorporating more than 100 classic Mario Party minigames.

Nintendo showed off the HD remastered version of the Peach's Birthday Cake and Space Land boards in the E3 video showcase. Classic minigames such as Mushroom Mix-Up and Snowball Summit have also received the remaster treatment. However, veterans of the older Nintendo 64-era board games will be kept on their toes with the infusion of entirely new events, which radically change game outcomes.

Buttons only
Optimized for Switch Lite, motion control not required

Mario Party Superstars is special not only due to the diversity of boards and playable characters but also due to the technical challenges associated with incorporating elements from older installments from disparate console systems. For example, Mario Party from Nintendo Wii-era employs a motion-heavy control scheme. Nintendo, however, assured that each game has dedicated button controls to obviate the need for motion control. 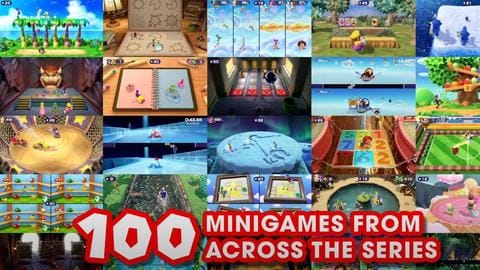 In addition to couch co-op sessions with friends on the same system, Mario Party Superstars also incorporates an online multiplayer component. This will allow Switch gamers to either play with friends or random gamers across the world. Eurogamer reckons that the game should also allow in-game progress to be saved even in the online mode, which is great for extended board game sessions.