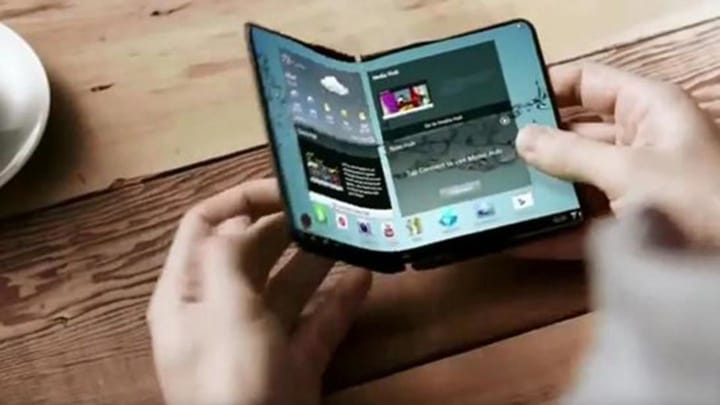 Surprises are rare in smartphones these days. Yes, the camera gets a little bit better or the processor gets a little bit mightier but that euphoria of touching the first touch-screen or the first fingerprint scanner is no longer there. Just when you thought innovation has come to a standstill, rumors say Samsung's foldable phone is ready for launch. Here's more.

The smartphone market is still abuzz with Apple iPhone X but to many, the most anticipated phone would be the concept that is novel, and not really an incremental change. The hope are, therefore, high with Samsung's foldable phone. Dubbed Galaxy X, the device has already received some certification needed for Wi-Fi and Bluetooth components. However, the entire device has not surfaced, till now.

Now, according to a LetsGoDigital report, it's finally ready and has been certified by the Korean National Radio Research Agency. If everything falls into place, we're going to see the launch of this phone in the early months of 2018. Back in 2009, Samsung had displayed "The World's First Foldable AMOLED." However, it was bulky and had a 480x272 display. But it's 2017 now.

Stalled because of issues

Even in 2012, the South Korean giant showcased a flexible display prototype dubbed Youm but there hasn't been much word from its end about the final product. Dongjin Koh, president of mobile business at Samsung recently told reporters that "We are digging thoroughly into several issues we must overcome, as we don't want to just make a few, sell a few and be done."

However, he did promise that Samsung has "a plan to adopt a foldable display in our roadmap." Now reports suggest, it is working towards keeping its promise. The device, codenamed "Project Valley," will supposedly get launched in two variants dubbed Galaxy X and Galaxy X1. Maybe once it's out we will finally get to experience the big leap we've all been waiting for.