Soon, scientists will have a universal flu vaccine: Details here 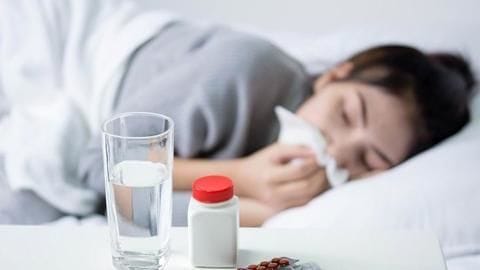 Every year, hundreds of thousands of people die from influenza epidemics. The infection is extremely common and can prove deadly for high-risk groups such as elderly with compromised immune systems. But, if a new report is anything to go by, scientists are pretty close to developing the world's first universal vaccine, one that could treat all influenza viruses. Here's all about it.

Scientists hailing from Peter Doherty Institute for Infection and Immunity and Monash University in Australia have identified immune cells capable of fighting all influenza viruses - A, B, and C. These cells, dubbed 'killer T', were found to be tackling parts of the influenza virus shared across all flu strains and substrains that could infect healthy children and adults.

Solution
This could be a robust attack system

Scientists believe this breakthrough discovery could open the door to a universal vaccine that won't have to be updated. For those unaware, Influenza viruses are diverse and can even mutate to evade recognition by our immune system. These cells, however, could form part of a vaccine that could provide protection against all known flu viruses and mutations at once.

After identifying the cells capable of reducing the impact of pandemic and seasonal influenza across the world, the researchers even conducted some tests of their solution. As part of this work, the team analyzed the protective capacity of the cells and found that they can significantly reduce the level of "flu virus and inflammation in the airways."

Having said that, it is important to note that killer T cells are found in just half of the world's population. This means that the team would have to find an alternative response system in those who might not share the killer cells. Once that's done, a universal vaccine capable of protecting everyone from influenza would be prepped.