Soon, this robot will start interviewing people for actual jobs 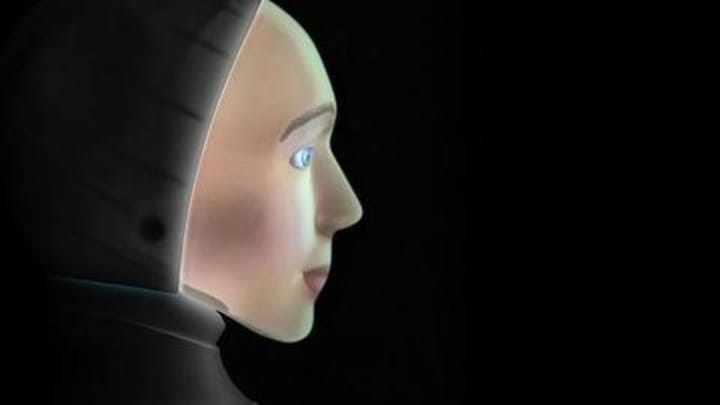 While many fear that robots will take away our jobs, only a few realize that they might actually end the problems that have marred our society for decades. Case in point: Tengai, a robot that will soon start interviewing people to hire them without any biases or discrimination that humans might bring into the recruitment process. Here's what you should know about Tengai.

Built by Sweden's Furhat Robotics, Tengai is an AI-powered robot designed for face-to-face interaction. It features a full-fledged human-like face - with eyes, nose, lips - but no torso, hands, or legs. Now, this looks pretty weird but allows anyone to place Tengai on a table, following which it can listen, respond to and interact with any person while maintaining eye contact with them.

And, it can even show human-like expressions

The most interesting part of Tengai is its ability to interact with human-like expressions. The bot can talk while smiling, showing signs of anger, blinking, or raising eyebrows. Plus, it can even convert its male voice and facial features into those of a woman.

An advanced conversational bot like Tengai opens various possibilities, starting from serving as a companion at airports and malls to actually training people. However, Swedish recruitment agency TNG is putting the robot into a much serious field - recruitment. They have been training Tengai to interview and shortlist candidates without any unconscious biases stemming due to their gender, ethnicity or way of talking.

Despite being trained to be unbiased, recruiters can make assumptions about someone's competency. For instance, if a candidate hates Chess but the interviewer loves it, they might already start considering the candidate unworthy. Notably, 73% Swedish job-seekers believe they lost an opportunity due to biases.

Real interviews to start from May

Since October last year, TNG has been training Tengai in test interviews to check its ability to eliminate all kind of biases. According to BBC, the robot interviewer asks questions in an identical way and tone and leaves no room for an unfair interview. It has been prepped for an initial run and will start conducting actual interviews for the agency starting May.

However, for now, Tengai will only assist with hiring

In the initial run, Tengai won't be the sole interviewer; it will just take answers from the candidates and deliver them to the recruiter, helping them decide which one to choose solely on the basis of answers. Ultimately, TNG and Furhat want to evolve Tengai to the point at which it can interview and shortlist candidates for the next stage on its own.

"At first I really, really felt it was a robot, but when going more deeply into the interview I totally forgot that she's not human," Petra Elisson, a recruiter who trained Tengai claimed, noting that it would be a great help in big recruitment drives.