#GamingBytes: Watch the gameplay of Cyberpunk 2077 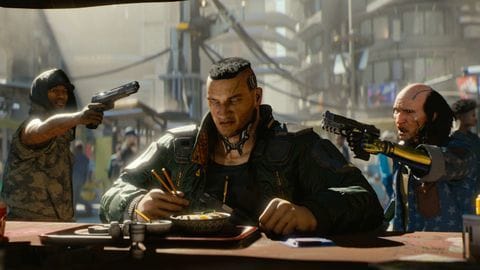 On August 27, CD Projekt Red, the publisher of Cyberpunk 2077, finally made the gameplay trailer publicly accessible. Before this, it had showcased it at Gamescom and E3 to the media and had generated quite some buzz. The publisher, of The Witcher 3 fame, launched the hour-long trailer on YouTube after streaming it first on its Twitch channel. Read to know more about it.

Do you know?
A little numbers game

Cyberpunk 2077 was streamed for above 200,000 viewers simultaneously on Twitch. CDPR had announced the game in 2013. Despite the gameplay reveal, it is still being developed and doesn't have an official release date. It is expected to run on the current generation of computers.

Cyberpunk
The story and aesthetics of the game

Cyberpunk 2077 is a pen-and-paper RPG (role-playing game) and is adapted from Cyberpunk 2020. It is set in Night City, a dystopian city. The pen-and-paper RPG allows players to build their character from scratch and they can play as male or female. The name is V in both cases. Players take the first-person mode as they shoot through missions or interact with non-playing characters.

Trailer breakdown
What did the trailer show?

Cyberpunk's gameplay took players slowly through the environment, showing NPC interactions. However, viewer discretion is advised as it contains violence and nudity. Once players build their characters, they go on a mission where they track and save a girl. Rest of the gameplay shows how decisions affect the outcomes inside the game. Notably, the game drops the first-person view once inside the character's apartment.

Opinion
What can we take away from the trailer?

CDPR has been firm in mentioning that the final gameplay will be markedly different from the one streamed. Nonetheless, the most striking aspect is the visuals. The neon-lit city looks straight out of Blade Runner. The shooting movements are great and the choice-based consequences shown in E3 make the game sound promising. However, developers need to work on driving controls.

Quote
The developers were hesitant to show gameplay

Game director, Adam Badowski was hesitant to share the gameplay and said, "Although this is probably not the same game you'll see on your screen when we launch, we still decided to share this...This is how Cyberpunk 2077 looks today."