Fans witnessed the fourth round of the FA Cup 2019-20 this weekend, with still a match left between Bournemouth and Arsenal. While most of the matches turned out to be predictable, there were still a few surprises. However, the round did not have any major upsets. On the same note, we take a look at the key takeaways from this round. 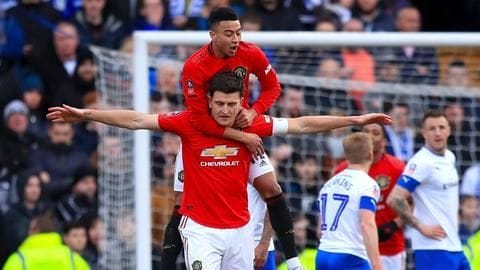 The standout performance of this round was from Manchester United. Up against Tranmere Rovers from League One, although United were favorites to win, there was an element of uncertainty, especially after the poor pitch conditions at Prenton Park raised eyebrows. However, it took United just 10 minutes to put themselves in front, as they plundered six goals to humiliate the Rovers.

Although United stole the show in the fourth round, their city rivals, Manchester City also displayed their dominating attitude at the Etihad Stadium. City thumped four past Championship side Fulham. Interestingly, it all came after the sixth-minute red card for the visitors. Not sure if that made a difference. However, City won't get complacent hereon either. 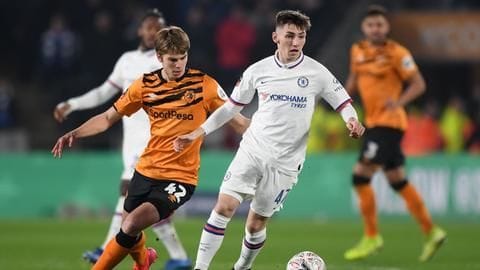 Former champions Chelsea, too, finished with a win against Hull City at the KC Stadium. They were convincingly ahead by two goals. However, shaky display in the closing stages did allow the hosts to pull one back. Nonetheless, the visitors just held the defense long enough to walk away with a one-goal win. Still, the Blues continue to be rusty. 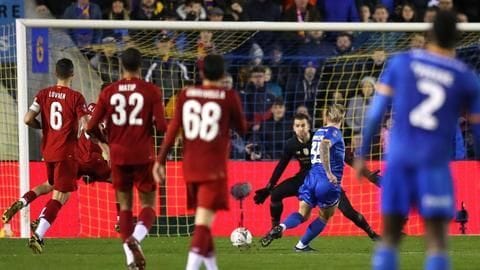 Premier League leaders, Liverpool, were up against League One side Shrewsbury Town at New Meadow. The visitors dominated the opening half. They were two goals up. However, the hosts made a strong comeback to level it 2-2 in the second half. Meanwhile, Tottenham Hotspur, too, settled for a stale 1-1 draw against Southampton at St. Mary's Stadium. Both earn a replay at their homes.

Do you know?
Leicester City triumph in an easy, but intense tie

Leicester City are surprisingly on the third spot this season in the EPL. Nonetheless, they maintained their image as a top side in this round, as they edged past Championship side Brentford at Griffin Park, 1-0. Can they become the dark horses of this tournament?

Information
Teams who would be participating in fourth round replays

Details about the fourth round replays: Derby County vs Northampton, Birmingham City vs Coventry City, Liverpool vs Shrewsbury Town, Cardiff City vs Reading, Oxford United vs Newcastle United (all on March 4), Tottenham Hotspur vs Southampton (March 5).