WWE remains one of the best forms of sports entertainment. The wrestlers put their bodies on line to entertain the fans. But, when it comes to adding the glam quotient, the promotion invites several celebrities from all spheres of life. There have also been instances when celebrities from Hollywood have made appearances, as we take a look at some of them.

Stephen Amell
The Green Arrow made a spectacular debut 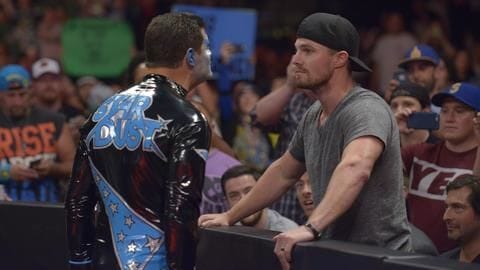 It was in 2015 when Stephen Amell made an appearance on Raw and teased a feud with Stardust (Cody Rhodes). Following a confrontation, a match was scheduled between the two at SummerSlam, which marked the pro-wrestling debut of Amell. He teamed up with Neville to face Stardust and King Barrett, as his team won. He also won WWE's Celebrity Moment of the Year award. 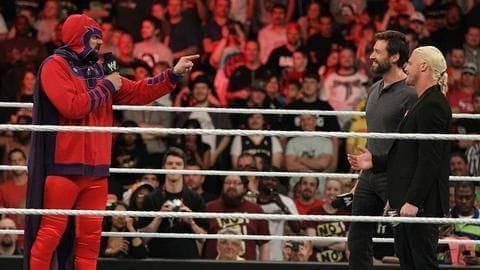 Hugh Jackman has made a couple of appearances on Raw. It was in 2011 when he first appeared, assisting Zack Ryder to win the US Championship against Dolph Ziggler. Four years later, he returned, this time, alongside Ziggler, as he confronted Damien Sandow, who was dressed as Magneto (X-Men mutant). Jackman, who portrayed Wolverine (X-Men mutant), took him out, along with his teammate. 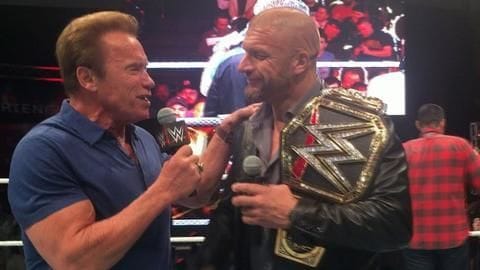 Arnold Schwarzenegger is undoubtedly one of the most loved celebrities. He made his presence felt in WWE when he first appeared in 1999. While he assisted Stone Cold Steve Austin in a match against Triple H, the latter tried to attack him, as Schwarzenegger punched him out. He also made an appearance in 2014, before being inducted into the Hall of Fame in 2015. 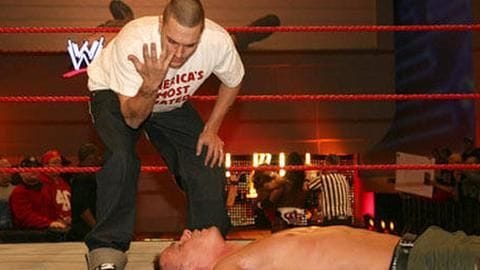 It was in 2006 when Kevin Federline, the ex-husband of Britney Spears, came to Raw to promote his album Playing with Fire. However, in the process, he got into an altercation with then WWE Champion John Cena. He even beat Cena in a no-disqualification match, thanks to some outside interference from Johnny Nitro and Umaga. Meanwhile, WWE was heavily impressed with Federline's performance.

Now, this might sound interesting, but there was nothing exciting about it at all. Pamela Anderson accompanied Diesel during his World Heavyweight Championship match against Shawn Michaels at WrestleMania 11. She barely played any role, other than his partner, as he successfully defended his title.