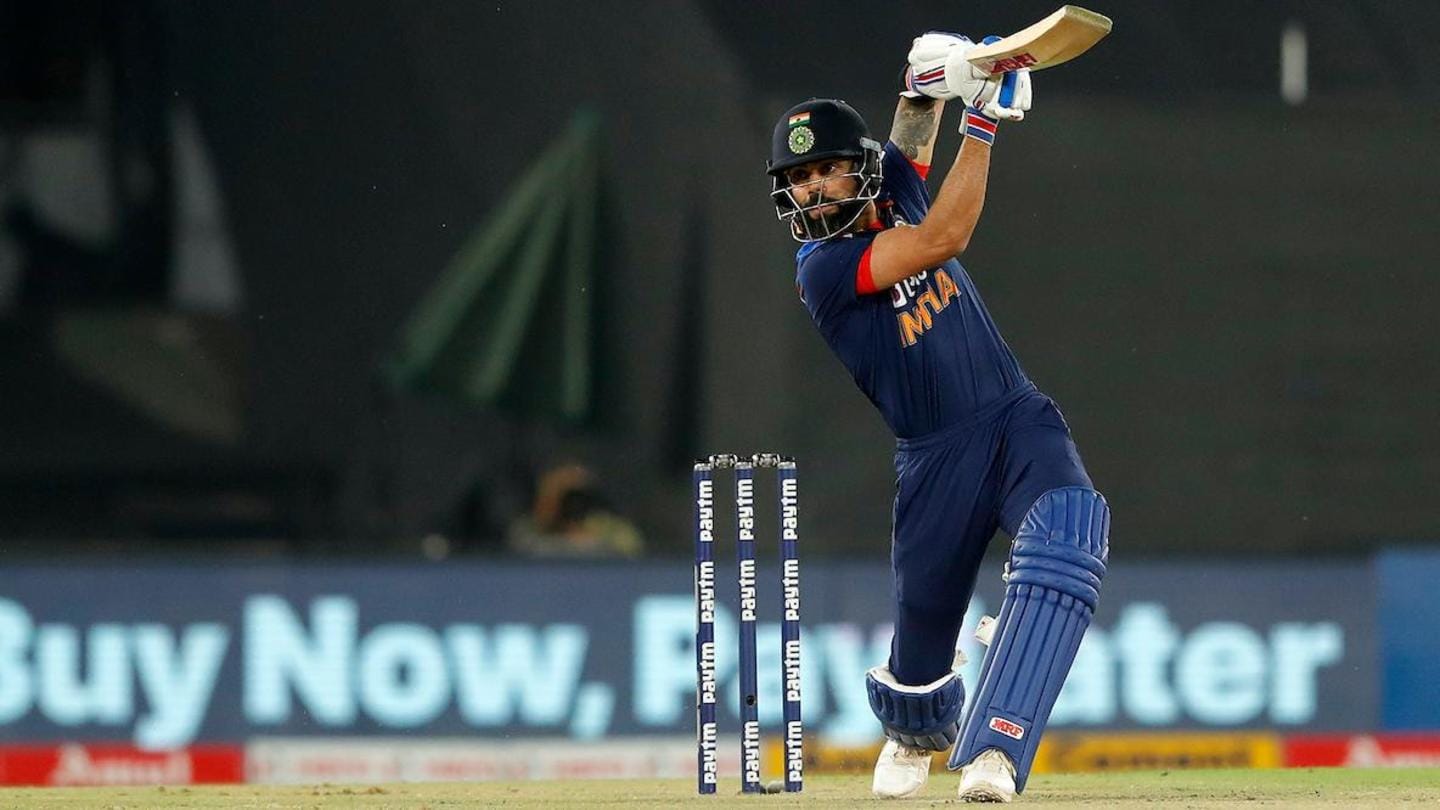 Team India batted well in the fifth and final T20I against England in Ahmedabad to put up 224/2 on the board.

After Rohit's dismissal, the work was continued by Kohli, Suryakumar Yadav, and Hardik Pandya.

It will be a challenging ask for them. 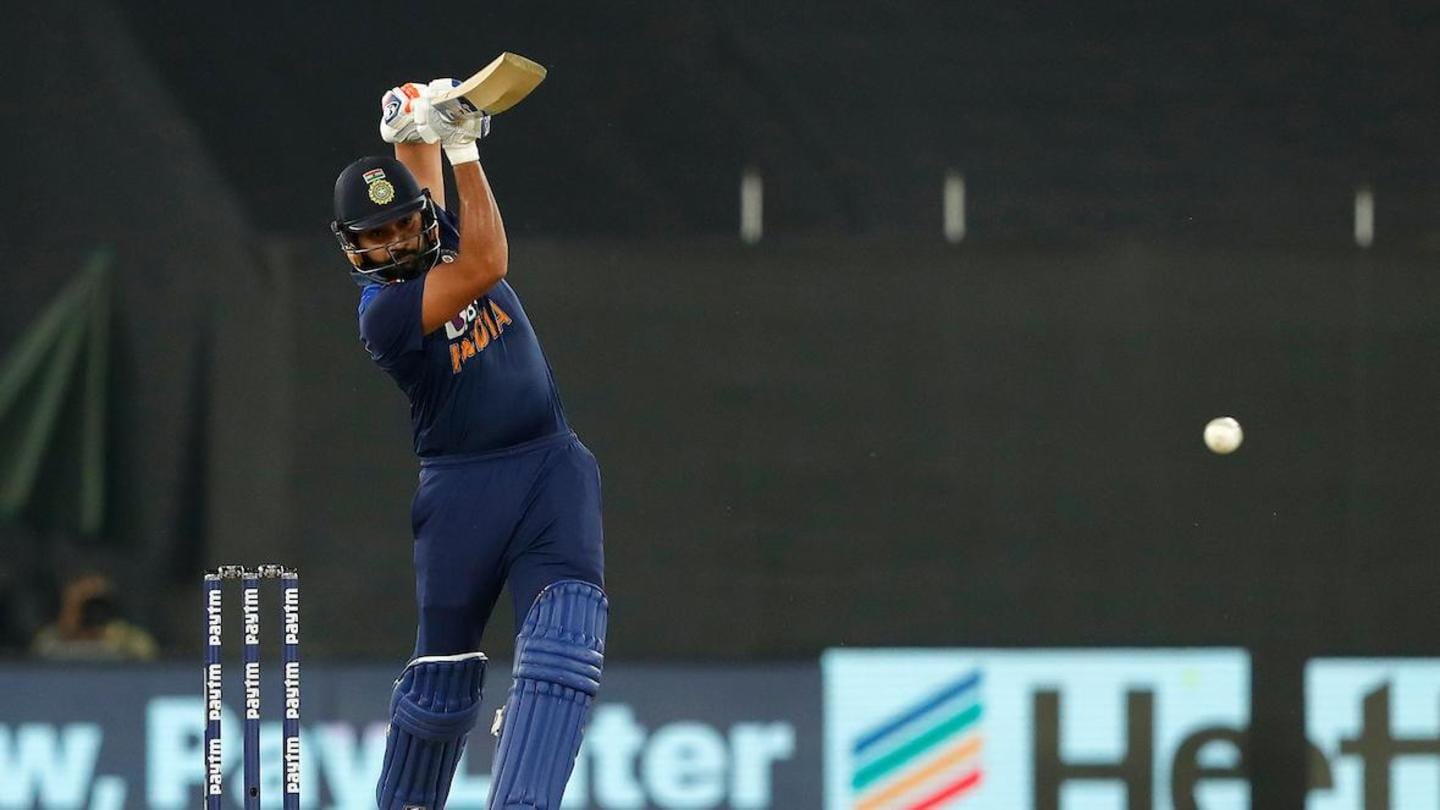 Mark Wood, who bowled superbly in the matches prior to this, was belted for 28 runs from his two years overs.

Rohit and Kohli hit seven boundaries between them as this was the first occasion in the series where India didn't lose a wicket in PP overs. 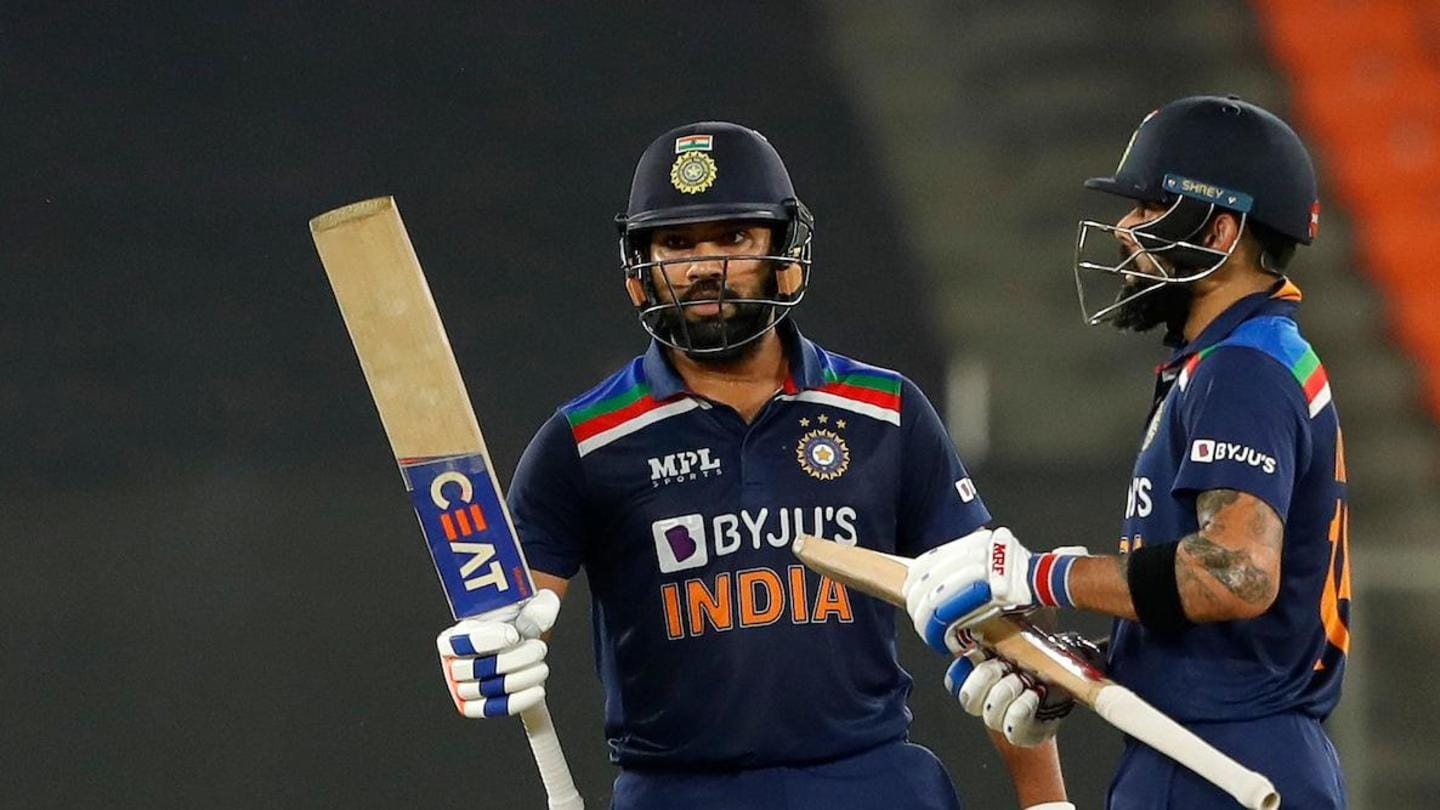 Rohit (64) batted with a lot of ease and played positively. He got to his groove and the shots flowed from his bat.

Rohit took the initiative and played an aggressive innings which allowed Kohli to support him from the other end.

Kohli (80*) hit his 28th career T20I fifty and a third in the series. The 32-year-old took the onus on himself to open the innings and play a crucial knock.

After supporting Rohit, Kohli added another 49-run stand alongside Suryakumar, who upped the ante.

Most importantly, this was a mature innings from Kohli, who rotated the strike well.

Surya presents his case with a 32-run cameo, Pandya excels 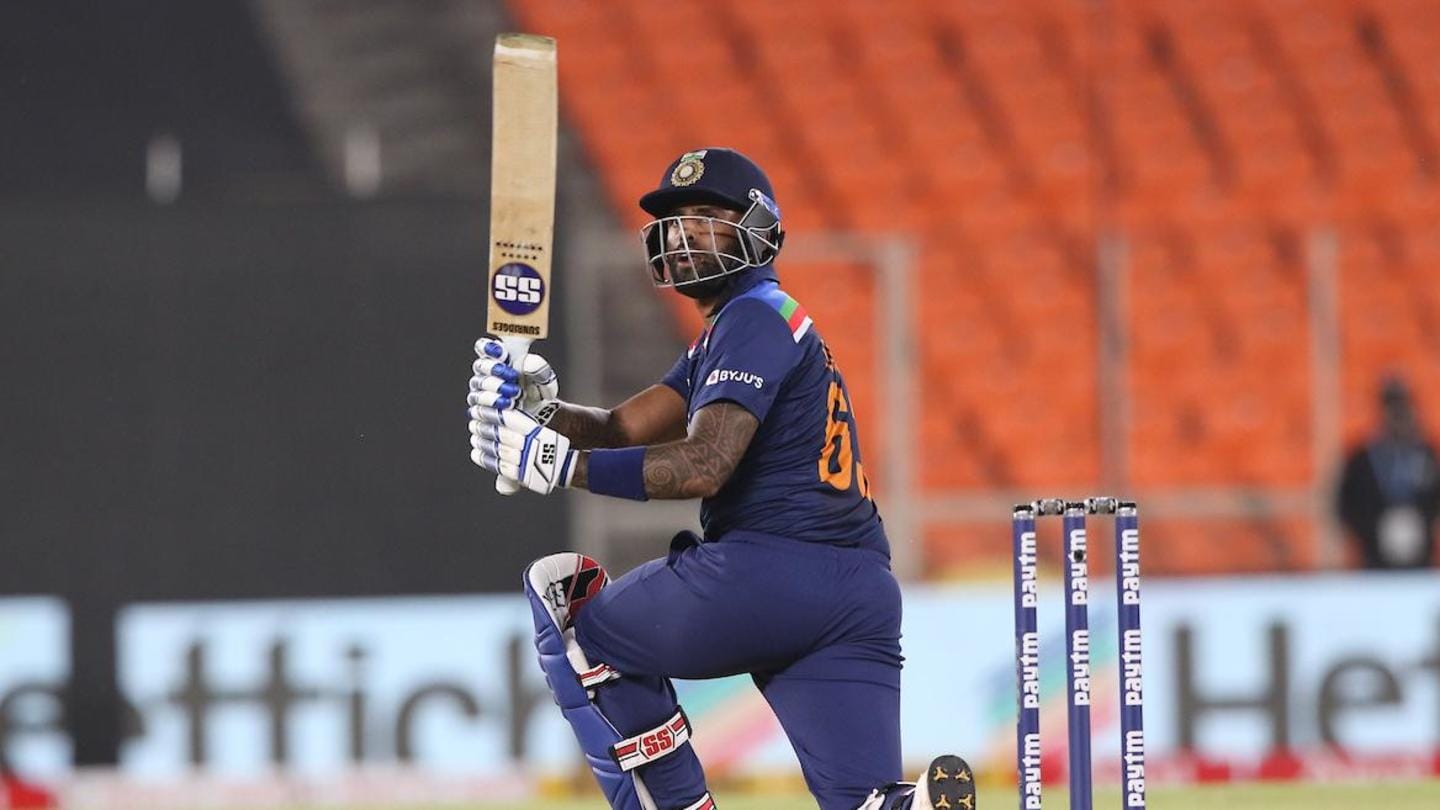 After hitting 57 in the previous T20I, Suryakumar showed his brilliance once again.

He came in and was on top of his game from the start.

He hit a 17-ball 32, registering three fours and two sixes.

Meanwhile, Hardik Pandya was at his absolute best.

He helped India finish on a strong note and played some gorgeous shots.

Mark Wood and Chris Jordan conceded 110 runs between them

Mark Wood conceded runs aplenty in this game. After claiming five scalps in three matches in the series, Wood went wicketless. He also gave away 53 runs from four overs. Meanwhile, Chris Jordan was hit all over the park. He gave away 57 runs.