MI vs DD: Head-to-head, Playing XI and other interesting stats 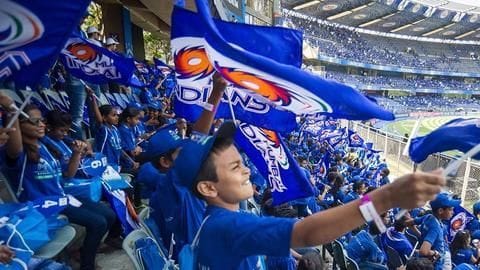 Mumbai Indians and Delhi Daredevils are yet to register a win even after having played two matches in the Indian Premier League 2018 season. It's vital for both franchises to break free and one can expect a cracker of a contest at the Wankhede. MI will be willing to go the distance at home after two nail-biters this season. Here is our pre-match report.

MI have a superior head-to-head-record against the Daredevils overall, but only by just. Both sides have met 20 times in the IPL, with Mumbai winning eleven matches and DD clinching nine. But at home it has been a different story. At the Wankhede, the sides have played six times with MI beating DD in five of those games. MI go in as the favourites.

Information
DD in a spot of bother at Wankhede

In their last four visits to the Wankhede, DD have lost all four matches. Although they can take heart from the fact that under new skipper Gautam Gambhir and a pretty much new side, they can change the story. But it's a difficult ask.

It is the small moments and the thin lines that could make the difference in the end for the winning team. MI have gone on to lose two close shaved matches and DD must have felt gutted after rain hampered their progress against Royals. It's a sort of new start for both teams and team selection and balance will be key to begin with.