The evening game of Saturday's double-header will see Kings XI Punjab take on Sunrisers Hyderabad. At this stage, both the teams must be eying the all-important playoffs spot. The KXIP batting set-up, which earlier looked bleak, has been fueled with the return of Chris Gayle. Meanwhile, the SRH would want to restrict the Universe Boss first up. Let us analyze Gayle's performance against Rashid.

In this article
Gayle vs Rashid

A look at the battle

Gayle is the eighth-highest run-scorer in the IPL, having amassed 4,590 runs from 128 matches at 40.98. On the other hand, Rashid owns 67 wickets in 56 matches, including a best-match haul of 3/12. So far, Gayle has managed to score 43 runs off 19 balls by Rashid, while Rashid has dismissed him only once. It shows Gayle has had the edge over Rashid.

Gayle vs SRH, Rashid vs KXIP

Gayle boasts a decent record against SRH in the IPL. Thus far, he has racked up 367 runs from 13 games at a strike-rate of 148.58. This tally also includes 31 sixes and 23 fours. Besides, Rashid has 14 wickets from seven games against KXIP. 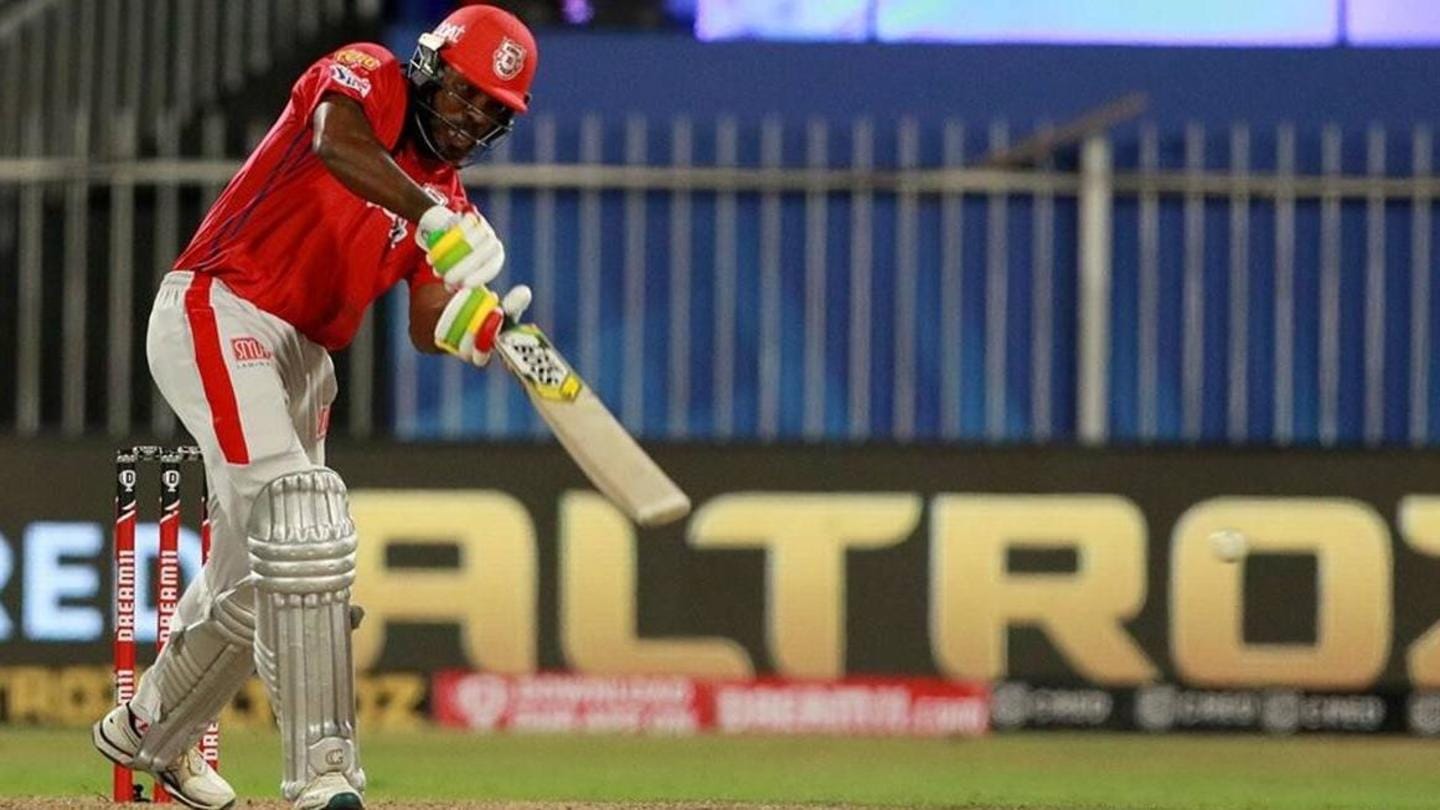 The KXIP have made huge strides since the previous week, having surged from the last spot. Their counterparts SRH too have had endured mixed results lately. As far as Gayle's form is concerned, he has looked in terrific touch with scores of 53, 24 and 29. Interestingly, spinners dismissed him in the last two games. Hence, SRH will likely back Rashid to outfox him.