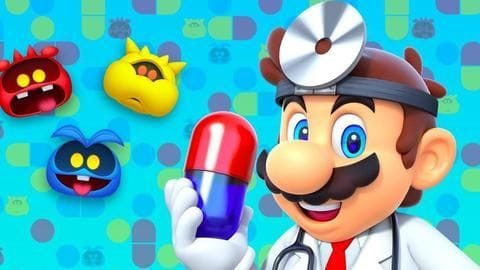 We all know Mario and have often helped the Italian plumber save Princess Peach from Bowser. In the 90s, the character was reimagined as Dr. Mario in a puzzle game, which went on to become a huge hit with gamers worldwide. Nintendo is reportedly releasing a smartphone version of the game, which is set to hit your devices this July. Here is more.

Dr. Mario is a puzzle game that has often featured on various "Best Nintendo Games of All Time" lists. Its 1990s iteration was re-released in 2004 and has several modified versions. The smartphone version, to release on July 10, will be a free-to-play with additional options of interacting with other players and battling online in versus mode. Pre-registrations for the game are now open.

The Game
What is 'Dr. Mario World' all about?

This game is actually quite different from the other Dr. Mario games. While the original game had Tetris-like gameplay, in this one, players have to drag the capsules in a pre-arranged playfield. The main goal is to eliminate 'viruses' by adjusting them against similarly-colored capsules, amid countdown timers and increasing difficulty with each level. Players can purchase stamina-increasing 'diamonds' with the in-game currency.

Nintendo Games
Other Nintendo mobile games you should check out

Super Mario Run is one game you should try because it's fun to play and doesn't cost anything (unless you want to play all the modes). Mario Kart's mobile version- 'Mario Kart Tour' was supposed to release this March but has been delayed for a few weeks. If you are a fan of simulation games, you should check out Fire Emblem Heroes.