India have been on a roll, as they are on a five-series unbeaten run in T20Is. While they look to continue their streak in the ongoing series against New Zealand, they have been conspicuous of chasing down tough totals. As they aim to continue with the same momentum, we rank some of their top chases in the format. 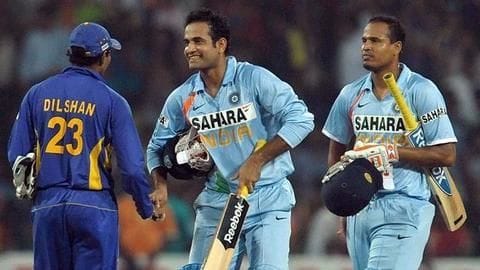 India were up against Sri Lanka in a one-off T20I in Colombo, in 2009. Electing to bat, Lanka set an above-par total of 172 for India, courtesy opener Tillakaratne Dilshan's 61. In reply, India were struggling, as they were 115/7. However, a composed unbeaten stand of 59 between the Pathan brothers (Irfan and Yusuf) ensured India steal one, with four balls to spare.

The same year, it was in Mohali, when India and Lanka were playing the final T20I of a two-match series. Having lost the opening match, India were chasing a target of 207. However, the Indians were off to a strong start this time, as opener Virender Sehwag smashed a 36-ball 64. Following his dismissal, Yuvraj Singh scored a 25-ball 60 for a six-wicket win. India were out with a mission to prove themselves in Australia, in 2016. Already with an unassailable 2-0 lead, India were not being complacent. The final T20I in Sydney saw Aussies setting a tough target of 198. Although India were off to a strong start, it came down to the wire, with two required off the final delivery, as Suresh Raina sealed it all.

This is one of the latest matches as it happened during the opening T20I of the ongoing series. Put into bat first, New Zealand posted a challenging total of 203, courtesy Kane Williamson and Ross Taylor's respective half-centuries. However, the Indians were off to a smooth start, as KL Rahul and Shreyas Iyer's respective fifties ensured India pull off a record chase in NZ.

Dinesh Karthik pulled off a thriller of the decade 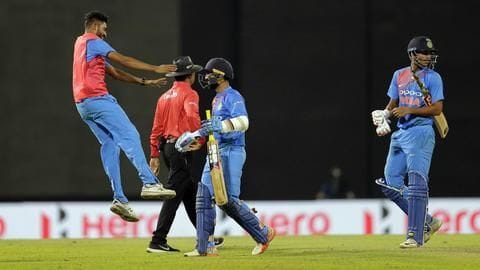 In what has to be the best T20I chase of the previous decade, the final of the Nidahas Trophy would always be special. Up against Bangladesh, India were chasing a target of 167. It all came down to the wire, as India needed five off the final delivery, with Dinesh Karthik on strike. As Soumya Sarkar bowled a wide-length delivery, Karthik cleared cover boundary.