The National Basketball Association (NBA) is the biggest basketball league, not just in the USA, but globally. With a 73-year rich history, the tournament has witnessed a number of top moments to date. Meanwhile, there have also been some hilarious moments. They have made the players as well as the spectators laugh their hearts out, as we take a look at some of them. 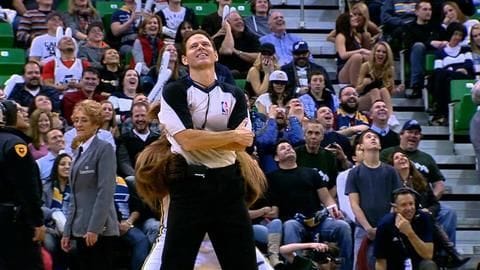 Dance breaks are common in American sports and the NBA is no stranger. Usually, dance professionals or cheerleaders perform during the mid-match break. Interestingly, in this case, a referee started to dance while the match was on. While his dance moves resembled salsa, we are still not sure if a NBA referee's duty involves dancing as well.

No staring
Ejected from the game for staring at the official 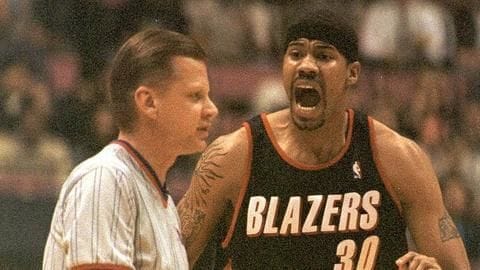 Now, this is weird. Can it be considered a foul if a player stares at referee? Well, it is a debatable topic. Nonetheless, something like that happened when Rasheed Wallace of Portland Trail Blazers was ejected from the game against Los Angeles Lakers. All he did was stare at the referee after a foul call against him. Watch the video to know why. 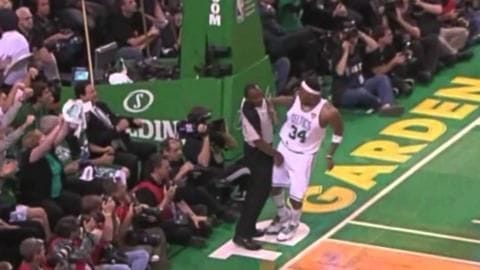 It is common for players to celebrate after completing their task on the field. However, some celebrations are so wild that the players end up in trouble. In 2010, Paul Pierce of Boston Celtics scored and went on to celebrate with a fist in the air. However, he accidentally struck the baseline official in the process. Lucky for Pierce, he was not penalized. 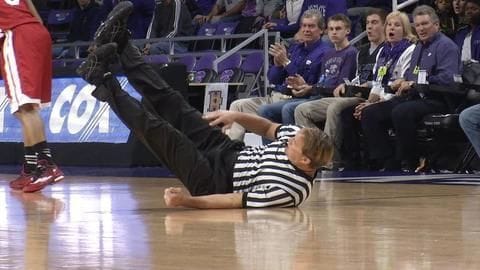 Slips and falls are part of every sport and it is mostly the players who are victims of it. However, on some occasions, the referees too fall prey to it. Such incidents look funny, but can lead to injuries During a game between Sacramento Kings and Los Angeles Clippers, referee Matt Boland tumbled hilariously, only to get up quickly via a roll-up. Ninja! 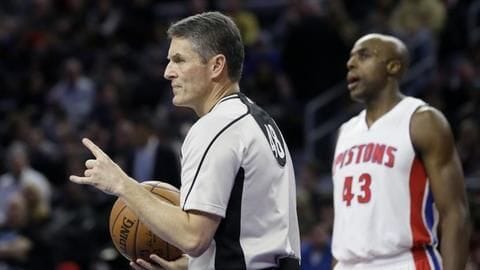 Basketball players have invented some unique gameplay techniques and one of them is the behind-the-back pass. However, in this case, a referee tried the same, but failed miserably as the pass went way out of bounds. While he had intended on passing it to a player, it was about 10 feet wide of him. There's a reason why you're just a ref, Mr. Referee.