Stone Cold Steve Austin is undoubtedly one of the most celebrated WWE superstars and legends of all-time. Being a Hall of Famer, it certainly proves how much he has done for the promotion. While he is most famous for going after WWE Chairman Vince McMahon, his finishing maneuver, Stunner is exciting to watch as well. Here, we rank his best Stunners to date. 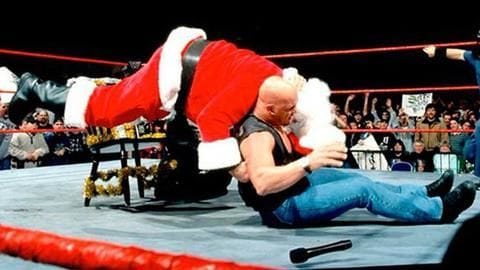 In December 1997, a Santa Claus appeared on Raw, claiming that he was the original Santa. While WWE Universe did not buy his logic, Austin came out and quizzed him about what did he ask from Santa when he was six-year-old. Surprisingly, Santa replied by saying, "a Barbie Doll and Tiddlywinks". Austin got angry and stunned him right away. 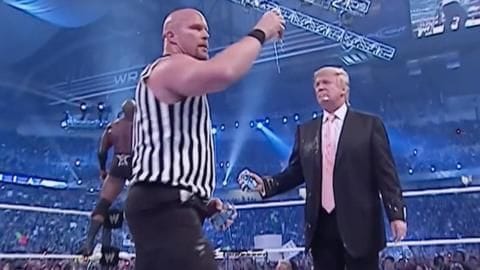 One of the shocking moments in WWE came when USA's top businessman and current President Donald Trump, came to the promotion. He had shaved off McMahon's head at WrestleMania 23 after Umaga had lost to Bobby Lashley, with Austin as the referee. After shaving off McMahon's head, Trump celebrated with Austin in the ring, only to be stunned in the end. 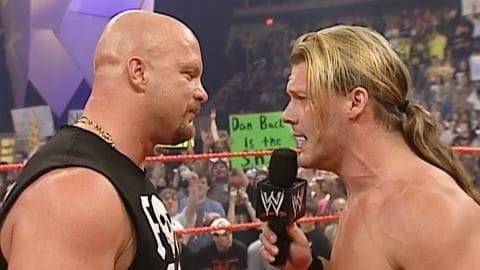 Chris Jericho is known for making serious things look funny and taking funny things seriously. On this occasion, while he was having fun with Austin during a segment, the latter had to deliver his stunner upon Jericho to send the crowd home happy. However, Jericho made it look funny with the oversell, as he threw himself out of the ring in the follow-through.

The Rock
The Rock is unique 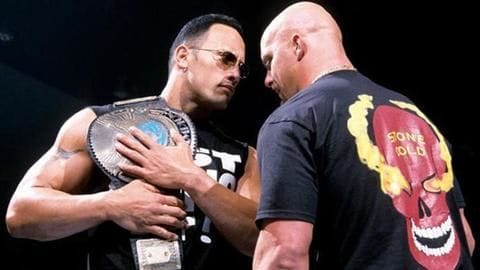 While a number of people over the years have been on the receiving end of the stunner, The Rock is above all, especially for selling the move. We cannot point out an occasion which we could term as the best. However, what we can certainly point out is the occasion when Rock himself delivered a stunner on Austin, leaving the crowd shell-shocked.

Vince McMahon
Austin has a special love for stunning the boss Undoubtedly, the number one man on the list has to be the boss, Vince. It is almost impossible to count as to how many stunners has McMahon received to date at the hands of Austin. However, the most unique one comes in the form of the first-ever stunner he received in September 1997. Moreover, McMahon sold the stunner perfectly to send the crowd frenzy.